Which species of mosquito in New Zealand bite?

New Zealand’s 13 native mosquito species have mainly adapted to bite birds, so generally leave humans alone. However, the salt pool mosquito Opifex fuscus, found on coastlines, is a vicious human-biter as they are accustomed to mammals such as seals.

If you’ve been bitten inland, it’s most likely from two of the three introduced mosquito species we have in New Zealand.

There’s still so much we don’t know about New Zealand’s mosquitoes, which is why we’re running a national mosquito census – please take part and help us map our mosquitoes.

Below is New Zealand’s ‘mosquito bite rankings’. Ranked from the most vicious biters to those only slightly interested in human blood. The list includes the 13 native mosquitoes and three introduced species.

Words to know before reading on: 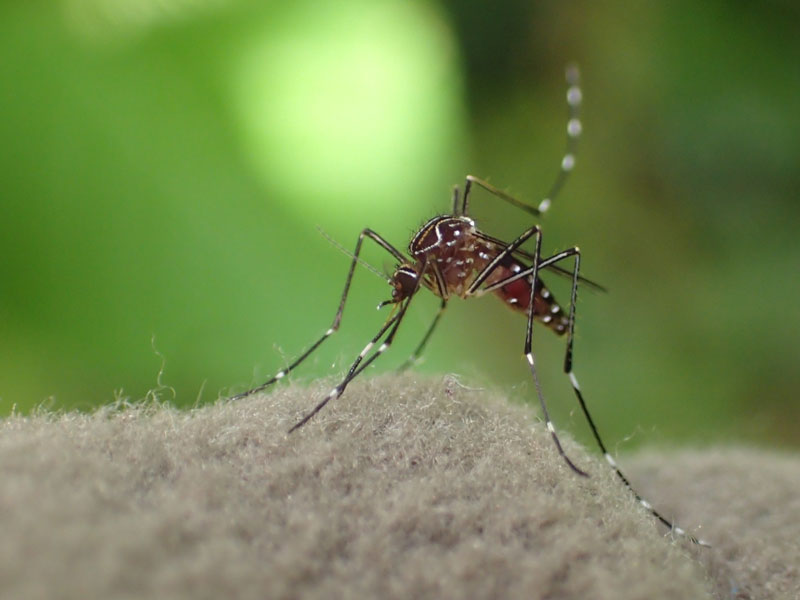 An introduced species first found in New Zealand in the 1920s. This species is believed to have entered New Zealand through shipping and was originally found mostly around ports.

Distribution: Currently, this species is widespread throughout the North Island, and in the South Island it is found as far south as Lyttleton. It also occurs throughout the South Pacific, New Guinea, New Caledonia, Indonesia, Solomon Islands, and in Australia including the Torres Strait Islands.

Bite: Striped mosquito females like to feed at night and in shaded areas during the day. Preferred biting times are in the evening and early morning. They are an avid biter of both humans and animals, including stock and poultry. Currently in New Zealand, striped mosquitoes are not vectors of any diseases but in some other countries they are major vectors. 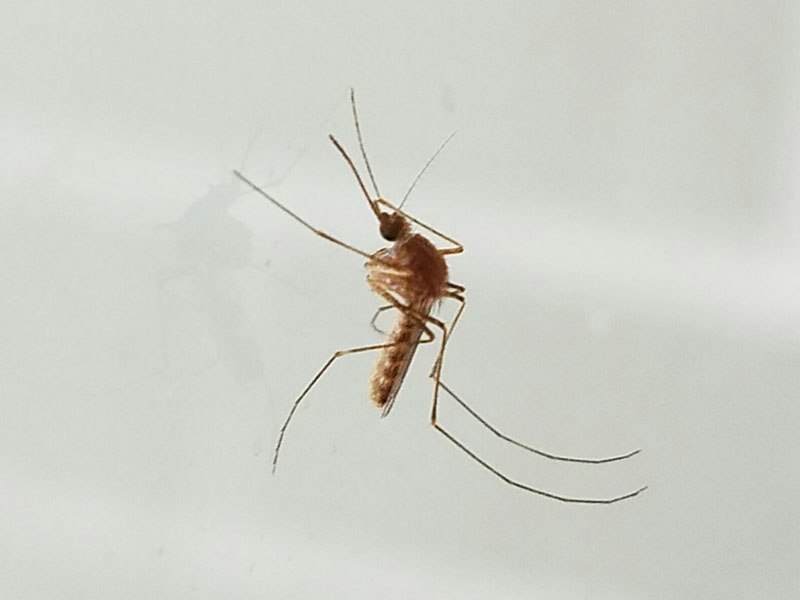 One of the most widespread mosquitoes in the world. The Southern house mosquito is an introduced species to New Zealand and is now one of our most common mosquitoes. Believed to have been introduced in the 1830s, likely via whaling ships to ports in the Bay of Islands and Auckland.

Distribution: Found throughout much of the North Island and northern parts of the South Island, including Marlborough, Picton, and Nelson. It has also been detected in traps in Christchurch and Queenstown. They usually breed in organically rich and polluted surface waters or artificial containers. They have been known to swarm in large numbers, and are often found living in close proximity to humans.

Bite: Nocturnal biters, the females will readily bite us indoors and out, but will also bite birds, pigs, horses, cattle, sheep, dogs, rabbits, and even amphibians. Like the striped mosquito, the southern house mosquito are vectors of diseases in some countries outside of New Zealand, so it’s important we keep an eye on them. 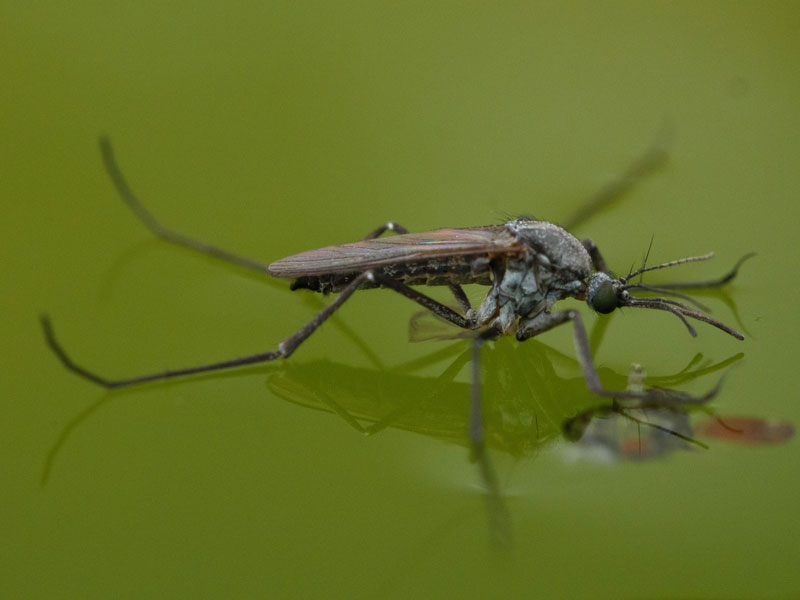 New Zealand’s only rock pool mosquito. They are most commonly found in brackish and saline rock pools above the high tide line. Both pupa and larvae can be found in rock pools all year round, with eggs hatching out in higher numbers during summer.

Distribution: Saltpool mosquitoes have a coastal distribution around most of the North and South Islands and on some surrounding islands. The North Island distribution includes South Auckland, Tauranga, Taranaki, Hawke’s Bay, and Wellington. The South Island distribution includes Nelson, Marlborough, Canterbury, and Otago, however this species appears to be no longer present around and south of the Otago peninsula. They are also present on many of New Zealand islands such as the Snares and Kermadec Islands.

Bite: Females have a painful bite and will bite day and night, so watch out when you’re sunbathing on the beach! They will readily bite humans and it is suspected to bite sea birds and coastal animals. 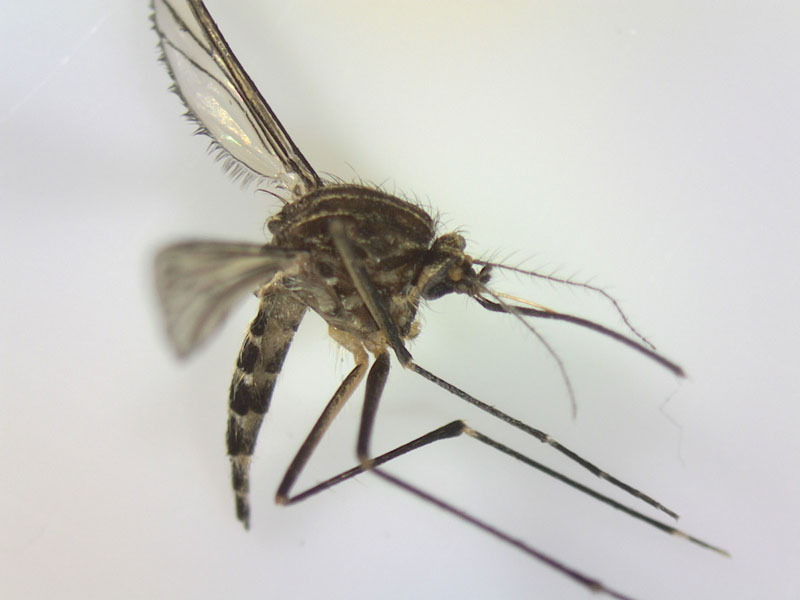 Distribution: Often found as far north as Kaitaia, to the south as far as Stewart Island.

Bite: The winter mosquito has been reported to be a nuisance biter of humans, but has not been observed to bite livestock. These mosquitoes will bite day or night, indoors, and out. Adult females are active year-round and breed in winter in freshwater ground pools.

An introduced species from Australia that was first encountered in New Zealand in 1961 in a boat hull at Stewart Island, and was found later in 1962 on mainland New Zealand at ports in Bluff and Dunedin.

Distribution: Restricted to the southern half of the South Island but has spread to Southland, Westland, and north as far as Timaru, becoming more common in some southern locations where it appears to out-compete the native Opifex fuscus (saltpool mosquito).

Bite: The saltwater mosquito does not generally come into close contact with humans, but can be occasionally found indoors to bite humans. It’s not a vector in New Zealand, but in Tasmania it’s a minor vector of Ross River virus and capable of Whataroa virus and avian malaria (both primarily infects birds). 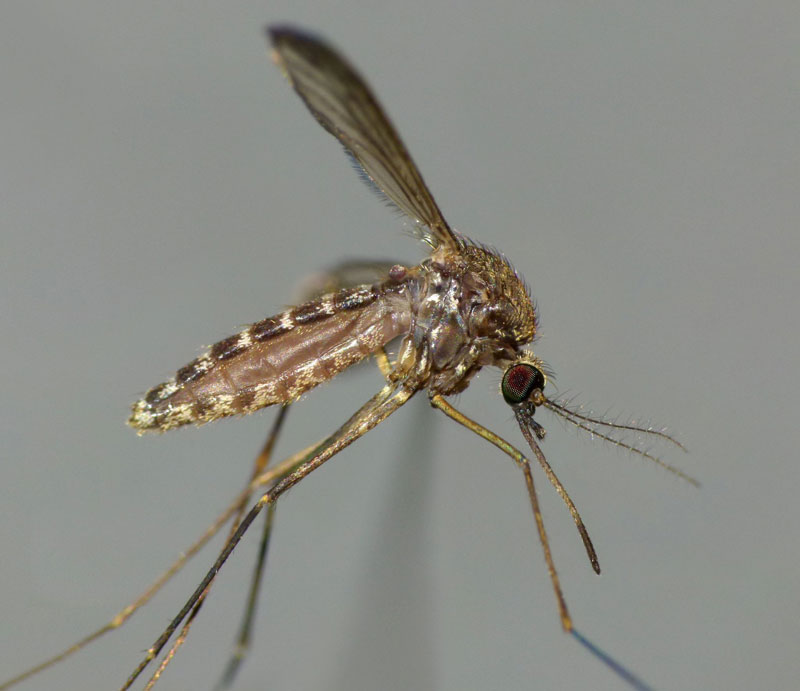 The vigilant mosquito is the most common and widespread endemic mosquito in New Zealand.

Distribution: The vigilant mosquito is able to breed in a wide variety of habitats, almost anywhere there is water collecting, thus they can thrive in both rural and urban environments. It’s found throughout the North and South Islands, Chatham Island, Auckland Islands, and also the Kermadec Islands.

It has a high pitched whine when flying. Adults appear to fly in the canopy when in native forest.

Bite: A nocturnal biter. Its primary hosts are birds and is a known vector of Whataroa virus in Westland. It may also be a vector for avian malaria.

Although birds are its main ‘prey’, it has been found flying at ground level in domestic areas, including within dwellings. It seems to be adapting to new blood meal opportunities such as mammals including humans and cattle, rather than birds.

Distribution: Present in North Auckland, the West Coast of the North Island such as the Kāpiti Coast, the Wairarapa, around Napier, Blenheim, Otago, Westland, as well as on Great Barrier Island, and Mayor Island.

Bite: Coquillettidia iracunda is a known pest of livestock and humans predominately at night in scrub and farmland areas. They have been found to be most active just after sunset. They breed in shallow margins of ponds and lakes which are choked with vegetation – these habitats are usually in native forest but may be found close to agricultural or urban areas.

Distribution: North Auckland and the Waitakere ranges, and also in Westland, Southland, and Otago.

Bite: It will bite a wide variety of hosts, including humans, cattle, horses, pigs, sheep, rabbits, possums, poultry, penguins, and other birds. Peak biting occurs over summer and autumn, after sunset though some will also bite during the day in well shaded areas. It is the principal vector of Whataroa virus to bird populations in Westland.

First collected by W. Wesché in Invercargill in 1906. It breeds in winter in freshwater ground pools.

Distribution: Only known to be present on the southeast coast of the South Island including Otago, Southland, Invercargill, and also Stewart Island.

Bite: It may bite humans, there have been a couple of unverified reports, and appears to be attracted to livestock but has not been recorded biting them. They have only been trapped and recorded in low numbers suggesting they are not likely to be a pest. 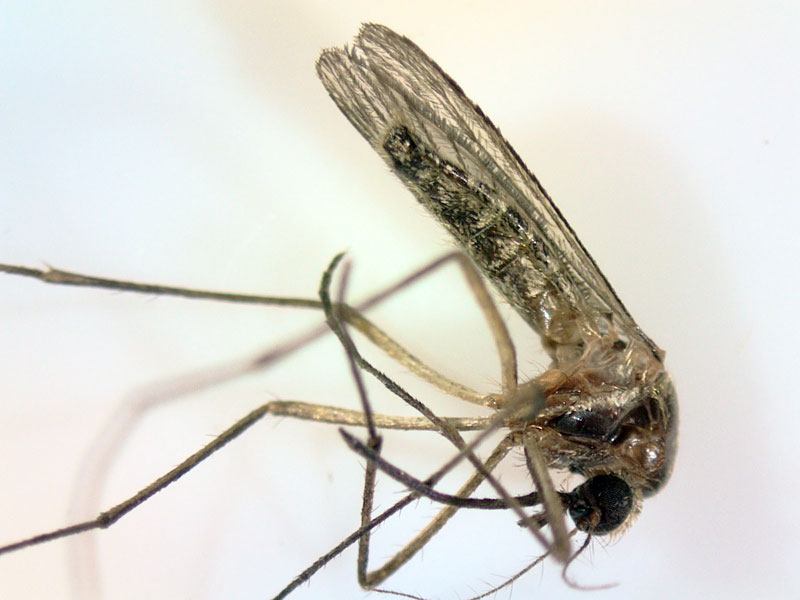 Distribution: Widely present in rural areas in the North and South Islands. It has been recorded in Auckland, Northland, Ohakune, Wellington, Fiordland, Otago, and Southland.

Bite: Its vector status is not currently known. It is not found in very large numbers. The females may bite humans, but other hosts remain unknown. Adults can be found resting during the day in grasses and bushy vegetation. Females have been caught in baited light traps at night during a 24-hour trapping experiment, indicating they are nocturnal feeders.

Distribution: Northland, Coromandel, Auckland, and the Hauraki Gulf Islands. It was also collected on a single occasion in Days Bay, Wellington.

Bite: The host and vector status of Culex asteliae is not currently known. It has not been reported biting man or livestock but there is evidence to suggest it may blood feed on birds. Hence, they have quite a large vertical distribution from ground level to 10-18 metres up into the canopy.

Distribution: Found exclusively in thermal pools in the Taupō volcanic zone, Rotorua, and also at Ngawha Springs in Kaikohe. Rotorua mosquito larvae are only found in the mineralised water of thermal springs, widely distributed throughout the central North Island. Larvae have been found in clear and turbid waters with widely varying mineral levels and a pH level anything between pH8.5 and pH5.6.

Bite: The host and vector status is not currently known. This species has not been reported biting humans but is thought to feed on birds.

Distribution: Culiseta novaezealandiae is an endemic species that has been found in only one location in the South Island of New Zealand, within the Tahakopa Scenic Reserve, south Otago. Its habitat is restricted to a flax swamp sheltered by native coastal broadleaf forest. Breeding appears to take place from January to April.

Bite: There are no suspected or known disease risks associated with Culiseta novaezealandiae. Females of this species are believed to feed on birds in their native habitat, although in the laboratory environment they were willing to feed on humans.

Distribution: Maorigoeldia argyropus has a disjunctive distribution throughout New Zealand. This species has been recorded in Auckland, Waitakere ranges, Little Barrier Island, Mahia, Ohakune, Wellington, Nelson, Westland, and Otago though it appears to have disappeared from many North Island sites. It’s found only in relic areas of relatively pristine native forest.

Adult females of this species have been reported flying in winter in the most northern parts of this species’ range but in the Waitakere ranges, adults were found hibernating in dwellings near the bush or under dead nikau or tree ferns.

Bite: We don’t currently know the vector status of Maorigoeldia argyropus. It does not appear to blood feed and is not seen in dense numbers. It appears to have no significant pest status.

Bite: The vector and pest status of is not currently known. Little is known about its hosts.

Is currently under revision – watch this space.