Ages: Up to 12 years. Children must be accompanied by an adult
Times: 10am–6pm, every day of the year (except Christmas Day)
Cost: Free

This family space showcases the diversity of expression and creativity among the people of Pacific Island nations. 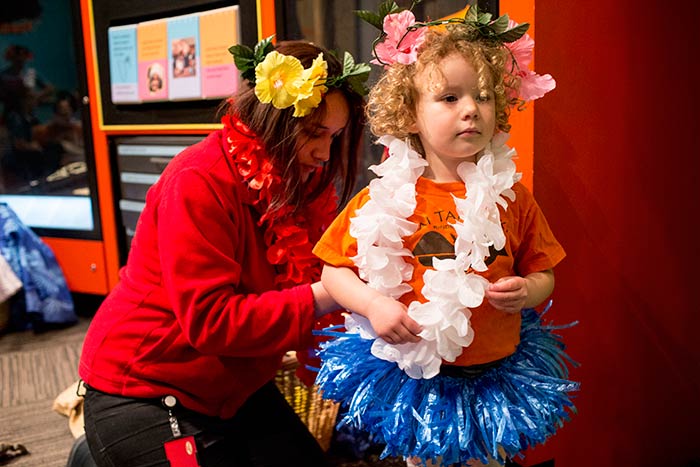 Te Huka ā Tai is currently closed while new exhibitions are installed nearby.

piupiuwaist-to-knees garment made of flaxMāori | noun and other costumes, and play with games and puzzles. Take time out with a pukapuka

pukapukabookMāori | noun in the comfy reading nook, or explore the taonga