Learn to animate teaching resource: The children of Tangaroa

Video magic: How to green screen

Use the animated sequence of the paraoa and the background ocean to experiment with green screen.

Our video is a combination of still images, animated sequences and sound layered on top of each other. We had to test and innovate our processes as we went. To edit the whole video together we needed to know all the elements we wanted and come up with a plan for how we would combine it. We knew we would need to use chroma key filters to make backgrounds invisible so all the animals could appear in the scene together. 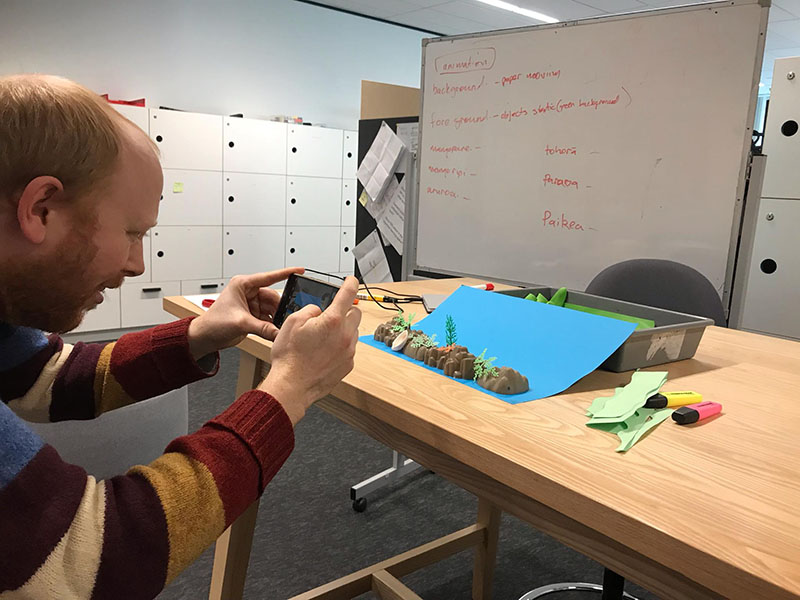 Donald photographs the model of the foreground image on a blue background. Photo by Martin Langdon. Te Papa

What is a chroma key filter?

The digital process of making a single colour of a picture or video transparent or invisible. Film makers often use green screen during filming so they can later make it invisible during the post production process.

Our plan was to create:

With these elements we combined them using a free video production tool called HitFilm which gave us the ability to layer the elements together and remove backgrounds with a chroma key filter. We discovered the filter worked best when the background was a highly contrasted colour to the object we were animating. It doesn’t need to be green. We also experimented with blue and orange backgrounds to our animations. 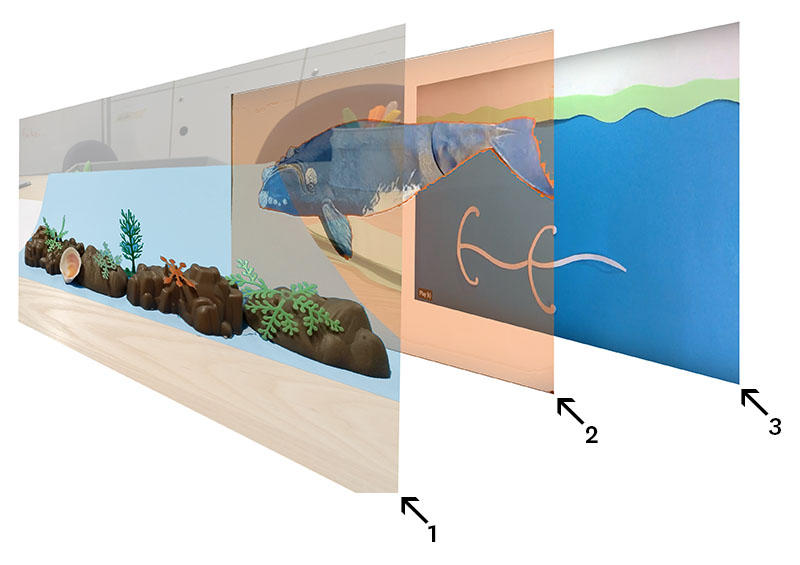 The three layers that make up the animation of Ngā uri o Tangaroa:

Use the animated sequence of the paraoa and the background ocean to experiment with chroma key filters.

You may want to use one of these free programmes:

Video: Learn how to create your own chroma key filter