After being appointed Director of the Police Museum in 2011, Rowan Carroll discovered the remains of 39 individuals in the collection that had been used as educational tools for recruits and detectives. Over four years, she returned several ancestors to their families.

The museum collection was established in 1908 as a teaching tool for the New Zealand Police. At that time, handling was the best way to learn, so human remains were collected from forensically interesting cases or purchased from medical suppliers until 1952.

As times changed, these were no longer required, so since the 1990s, they were transferred to the Police Museum | te Whare Taonga o ngā Pirihimana o Aotearoa.

“The remains were in a range of conditions – some were kept in preserving liquid or across a variety of boxes. I had worked at Whanganui Regional Museum and Otago Museum, so I was well versed in what could happen though I was shocked by the lack of care – bones were mixed together and in the wet samples, some fluid levels were too low; in other cases, newsprint was stuck to the bones.”

Initially, Rowan turned her attention to providing better care for these ancestors and then looked to return them to their whānau

whānaufamilyMāori | Noun. “These were victims of crime or accidents, we needed to give them the dignity and care they deserved.”

The whole process took four years. First, she re-housed the human remains in specially designed conservation boxes and placed these in a specially designated area that was blessed by Ngāti Toa kaumātua kaumātuaeldersMāori | Noun.

Then after receiving the blessing of the Police Executive to return these ancestors to their families, she started to research their next of kin through Births, Death, and Marriages Certificates and historic newspaper articles.

In three instances, next of kin were discovered, so Rowan worked with the families to determine how they would like their ancestors memorialised. Three other individuals had existing unmarked graves, and although they had no living next-of-kin New Zealand Police held ceremonies and erected memorial plaques in their honour.

Constable Craig Bennett holds the final remains of Jessie Marguerite Fendall, which were reunited with her body on Friday. Photo by New Zealand Police

“I realised that they hadn’t been revered in death in the way that they should have been, so this was a way of giving back. These people had died tragically, so it was important to give them back some dignity, to show them some care and to look after them.”

The remaining three ancestors were reinterred at sites around the country in a manner that was fitting to the families.

Caring for the carers

During this period, Rowan had to create her own rituals and practises to recognise these ancestors and create a safe space whilst working with and alongside them.

“As none of the people were tangata whenua

tangata whenuaIndigenous people of Aotearoa New ZealandMāori | Noun I was also supported spiritually by the non-denominational police chaplain who would often pray over me as I performed essential tasks.

“I am not religious but the fact that someone was caring for the safety of my soul throughout this process was very comforting. I don’t believe in ghosts either, but I would often chat to my wards as I worked and sometimes sang. I felt it was a way of transferring some love to these people who had been victims and who had lain abandoned for decades.” 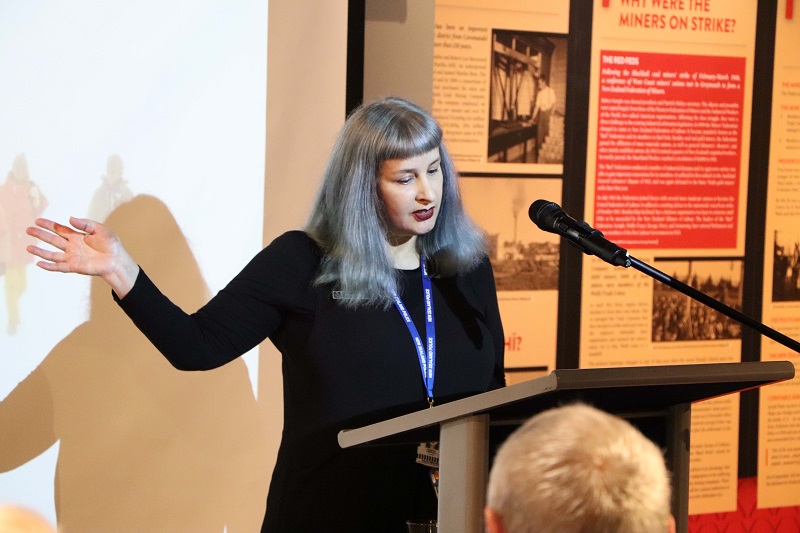 Stepping outside her traditional role, Rowan also had to work with authorities – such as councils and aviation security – to follow their policies and procedures to ensure the human remains were transported and buried according to their rules.

After following guidance from National Services Te Paerangi, Rowan researched international policies that aligned with her situation. Eventually, she found that the Deutsche Museumsbund released a paper in April 2013, “Recommendations for the Case of Human Remains in Museums and Collections”, which explored the issues at great length.

“Germany has significant human remains collections that are unidentified as a result of the Nazi era. And while the situation was not the same, their term context of injustice was applicable.

“The paper encouraged open and honest communication with all parties and to persevere in putting the victim in the centre of the frame and working in their best interest. The remains were all from victims, after all.

“Now thankfully people in a similar situation are much better resourced and have a network of people to seek guidance from. My advice to anyone embarking on such a journey is be brave, do the groundwork and preparation.

hapūsub-tribesMāori | Noun and families to follow their wishes. Approach it with humility and honesty and respectfully. Show the world this is not a dirty secret but a situation that can be handled with dignity and pride.”