Repatriation: Where are we now?

In 2020, the repatriation movement in Aotearoa New Zealand grew, with all major museums and many regional museums actively involved in returning human remains from their collections.

The Karanga Aotearoa Repatriation Programme has been very active since its creation in 2003, returning almost 800 tūpuna Māori and Moriori from international institutions, and over 125 tūpuna back to their descendant communities.

Auckland War Memorial Museum began repatriating ancestral remains at the end of the 1980s, and now has a dedicated and active repatriation team who have repatriated kōiwi kōiwihuman remainsMāori | noun and associated taonga

Whanganui Regional Museum has also been active in returning ancestral remains held in its collection, developing its Human Remains Policy.

It has worked with local tangata whenua

tangata whenuathe indigenous people of Aotearoa New ZealandMāori | noun in obtaining two burial plots for kōiwi tangata provenanced to Whanganui, as well as for those kōiwi for whom provenance cannot be identified.

Canterbury Museum has returned ancestral remains to Rapa Nui (Easter Island) and the Pacific Northwest of the United States. 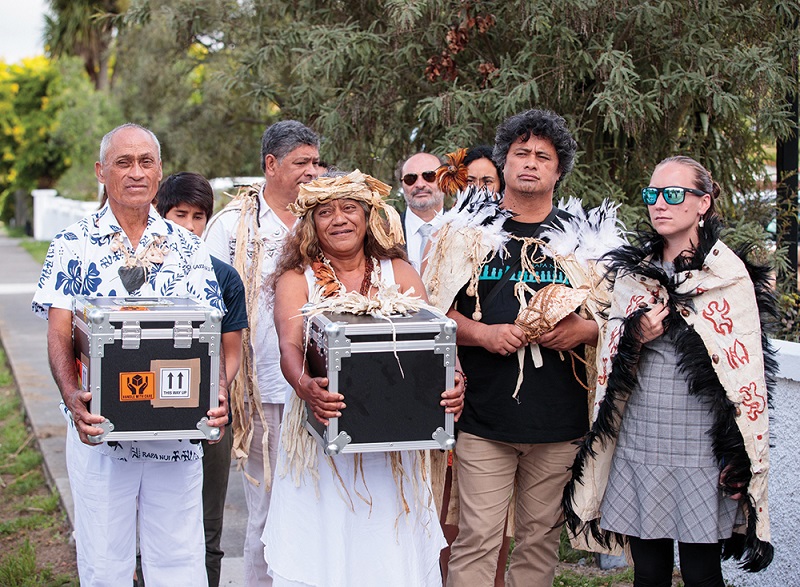 Other museums, particularly those in the South Island, have developed their human remains policies either around or acknowledging Ngāi Tahu’s Kōiwi Tangata Policy (1993), which was updated in 2019. The development of museum policies is becoming commonplace, which acknowledges the importance of repatriation.

Museums have also begun to work collaboratively in an effort to carry out provenance research that links kōiwi tangata to other museums or collectors.

Collaboration on the physical return of kōiwi tangata by museums is also the aim of the New Zealand Repatriation Research Network (Kaihurahura Whakahoki Kōiwi Tūpuna o Aotearoa). This network was established in May 2018 following the Museums Aotearoa Conference held in Christchurch at which the first-ever repatriation panel was held.

From this, there was overwhelming support to create a network to support repatriation research between New Zealand museums. The network is currently made up of 19 museums and one university, all of whom are open to working collaboratively.

It is important to note that this work was supported by the then Associate Minister for Arts, Culture, and Heritage Hon Carmel Sepuloni, who in January 2018 participated in a ceremony formalising the repatriation of ancestral human remains from the Canterbury Museum (and a skull from the Otago Museum) to Rapa Nui (Easter Island).

This renewed interest in repatriation resulted in the ministry developing a work programme to further explore repatriation from New Zealand institutions.

Between October and November 2018, a nationwide survey was undertaken of ancestral remains held in New Zealand museums, which resulted, with the support of Sepuloni, in the creation of Ngākahu National Repatriation Project.

Ngākahu’s role is to provide support to New Zealand museums in the repatriation of human remains from their collections and to also support Māori and Moriori as well as other descendant communities in the return of their ancestors. This support can be related to provenance research, collection care, or providing workshops and expert advice to museums in order to progress repatriations.

This project is funded by the Ministry for Culture and Heritage and is implemented by National Services Te Paerangi.

The purpose of this section is to provide museums and descendant communities with further information pertaining to repatriation in Aotearoa, as well as relevant international resources.

This resource is one of six being developed as part of the Ngākahu National Repatriation Project, in order for museums to be well informed and to enable repatriations to take place throughout the country and further afield.

This series of resources will include:

If you wish to know more about the process of repatriation and the support you can access via Ngākahu please email: amber.aranui@tepapa.govt.nz