Gallipoli: The scale of our war is celebrating its two-year anniversary today.

The ground-breaking exhibition tells the stories of seven ordinary New Zealanders and one Australian who found themselves in extraordinary circumstances during World War I. The centrepiece for each story is a monumental figure, 2.4 times human size, created by Weta Workshop. 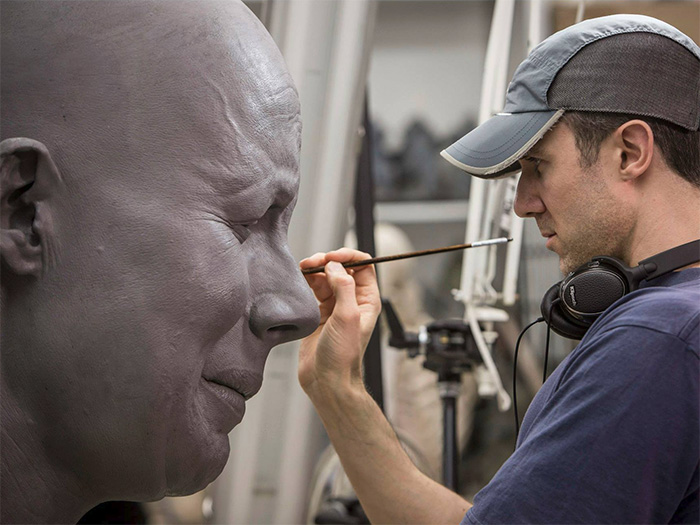 More than 1.3 million visitors of all ages have explored Te Papa’s Gallipoli: The scale of our war in the two years since it opened.

This has included many amazing people from all around the world, but one very special guest will be seeing it on Wed 19 Apr – Sir Peter Snell, who is here to gift items to Te Papa, including two Olympic gold medals. Peter and his family will have a special tour of Gallipoli: The scale of our war, before he heads up to Auckland to compete in the World Masters Games in table tennis.

Another special visit recently was from Peggy Seton (93) and Billie Nicholls (90) whose father, Frederick Ernest Walker, fought at Gallipoli. 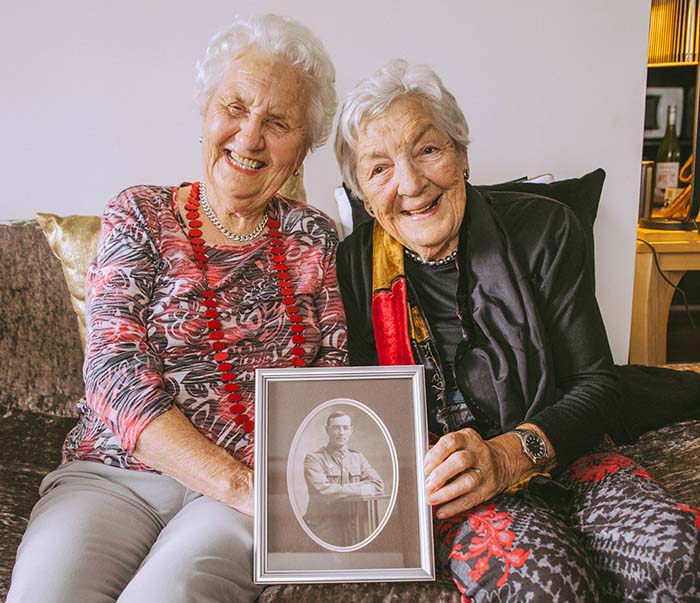 Sisters (from left) Billie Nicholls of Christchurch (90) and Peggy Seton of Hastings (93) with a photo of their father Frederick Ernest Walker, who fought at Gallipoli, 2017. Te Papa

Billie came from her home in Christchurch and Peggy from hers in Hastings to see the exhibition. Like many who come to Gallipoli, it was a family affair, with three generations sharing the experience together. Each brings their own perspective on what dad, granddad, or great granddad must have been through.

Frederick Ernest Walker fought at Gallipoli as part of the Auckland Mounted Rifles, returning to New Zealand a changed man.

Suffering from shell shock, his health broke down. The family moved often as he struggled to support them on a war pension.

For his three daughters, born after his return, the war cast a long shadow.

'Dad had nightmares his whole life,' Billie recalled. 'You’d hear him scream in the night, but we never knew why.'

Visiting the exhibition was a moving experience for the two sisters, and a time to reflect on the impact that their father’s war experiences had on their own lives.

Billie and Peggy spent an hour and a half in the exhibition, learning about their father’s experience on the peninsula – from the way the trenches were dug within earshot of the enemy, to the hardships of daily life with the heat, the food, and the flies.

And what would their father have made of the exhibition, and the interest shown in Gallipoli by the more than 1.25 million people who have seen it to date?

'I think he would be grateful that the story had been told,' said Billie, 'because he bottled it up and maybe if he hadn’t, he wouldn’t have been such a broken man.'

Peggy agreed. 'I think he would have appreciated that you can talk about it now.'

Certainly this special trip to Te Papa will be one that the family are talking about for many years to come.

Gallipoli: The scale of our war is open daily from 10am till 6pm at Te Papa on level 2. Free entry.