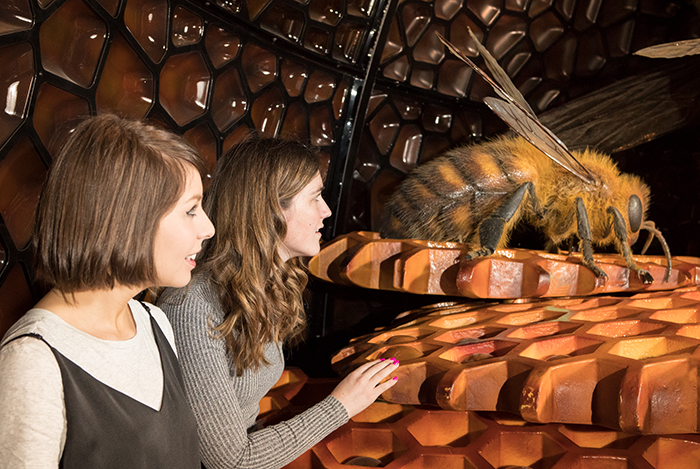 Bug Lab was created by Te Papa and Weta Workshop and cost more than $5 million to design and build.

Te Papa Chief Executive Rick Ellis said the exhibition is like no other.

“This is an experience that will have a huge wow factor for visitors,” says Ellis.

“We know how important science and technology education is for New Zealand’s future, and Bug Lab is going to get people excited about these subjects,” he says.

“Myself and the team at Weta Workshop were enthralled by the opportunity to once again collaborate with our friends and colleagues at Te Papa.”

“We have worked together to design and build a wildly creative, wonderfully engaging and exciting educational exhibition.”

“Bug Lab delivers a unique look into the lives of some extraordinary inhabitants of our planet,” Richard Taylor says.

The exhibition was created by Te Papa and Weta Workshop, drawing on the talents of many specialised New Zealand companies.

After running in Wellington until Easter, it is designed to travel the world.

Bug Lab will be exhibited at Melbourne Museum next year, and bookings are in progress with several major museums in the US. A number of museums in Asia have also shown strong interest in the exhibition. 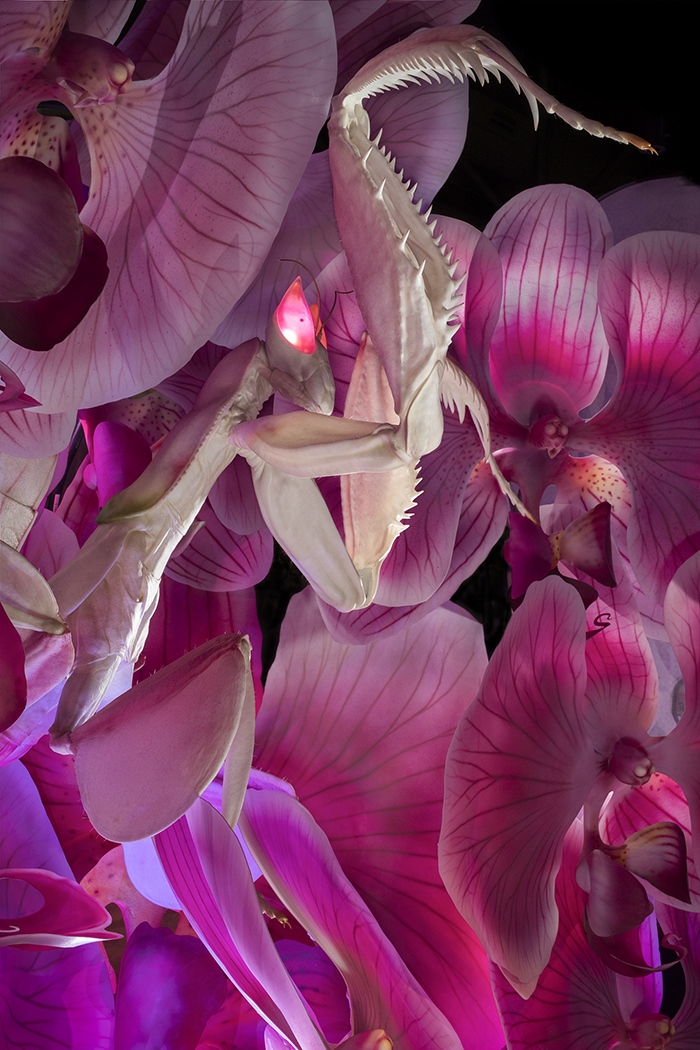 The exhibition elements created by Weta Workshop took 40,000 hours to make, over a six-month period.

Visitors enter four immersive chambers, including the ‘operating theatre’ of the iridescent female jewel wasp to watch her turn a cockroach into a zombie on which her larva feeds. She is the devoted mother, and killer brain surgeon of the bug world.

Some of humankind’s best bio-inspiration efforts feature in Bug Lab. Drones based on insect flight, life-saving medicine made from venom and new body parts printed from spider silk.

Fascinating stories of New Zealand insects feature in Bug Lab. Visitors will learn about Weta - son of Punga who is the God of Ugly Things, find out about Puriri moth larvae which inspired the whakairo (carving) of the Putorino (bugle flute).

Bug Lab features a debate space which promotes conversation on current topics such as edible bugs and eradicating mosquitos worldwide.

Creative leads for the exhibition are Weta Workshop’s Sir Richard Taylor and Te Papa Head of Design Ben Barraud – who worked together on Gallipoli: The scale of our war.

The Bug Lab soundscape has been created by award winning New Zealand composer and sound designer Tane Upjohn- Beatson. The soundscape plays in the four bug chambers; resonating throughout the exhibition. The soundscape gives the sense of being in a bug orchestra as visitors hear elements of the bug world surrounding them.

Richard Taylor worked closely with Tane in developing a sensuous and alien world at the soundscape level.

Tane says there is a real element of discovery in the Bug Lab soundscape. “It’s like moving through a fully immersive sonic world,” he says.

From playing a pot plant with a paint brush to the music of the traditional Japanese Koto, Tane has employed a wide range of techniques to create this immersive soundscape.

Each chamber in Bug Lab has a 40- minute soundscape on loop, totalling 160 minutes of composition.

“Although we hear and understand the musical cues in the Bug Lab soundscape, the overall tone is other worldly and detaches us from our own knowledge and understanding of music,” says Richard.

“This places us in a space of lyric sounds of the undergrowth of our planet, where the bugs have harmonised a completely different contextual landscape for their personal enjoyment- and we have the good fortune to eavesdrop in on that soundscape by entering the Te Papa exhibition.”

Ticket prices are $15 for adults and $5 for children, with concession and family tickets also available. Tickets are on sale now.

Find out more about the exhibition here, including behind-the-scenes at Weta Workshop, a bug quiz, bugs books and a learning resource for teachers.

Ben Barraud, Head of Design
Ben Barraud is a multi-disciplined designer that brings more than 20 years of art direction experience to the exhibition design. Ben was the Lead Designer on Te Papa exhibition Gallipoli: The Scale of Our War.

Frith Williams: Head of Exhibition Content
Frith Williams oversaw the museum’s team of creative content developers on Bug Lab, having previously worked as Head Writer on Gallipoli: The Scale of Our War. In 2015 Frith spent six months on a Fulbright Award in the US, exploring developments in museum storytelling. She has a degree in theatre and film production, and has also worked in multimedia education publishing.

Dr Phil Sirvid: Entomologist and Collection Manager Sciences
Dr Phil Sirvid is Te Papa’s internal subject expert for Bug Lab. He has had a lifelong fascination with bugs that started with rearing gum emperor moths from caterpillars in his first year at school.  Despite being frightened by a large tunnelweb spider as a child, he now regards spiders as his favourite animals. Phil is responsible for looking after Te Papa’s entomology collection and has answered thousands of questions on insects and spiders from members of the public. He has a PhD in Ecology and Biodiversity from Victoria University in Wellington and has published scientific papers on spider taxonomy and other subjects. He is currently the chief editor of The New Zealand Entomologist.

Dr Simon Pollard is a spider biologist and award-winning writer and photographer. He has also been an advisor, presenter, and writer on natural-history documentaries, including the latest Attenborough-narrated BBC series The Hunt.

Ruud Kleinpaste: Entomological Educator, Consultant, Columnist
Ruud Kleinpaste is a science educator best known in New Zealand as his high-energy media persona ‘the bug man’, and for his appearances on Maggie’s Garden Show. He is passionate about promoting science and nature literacy in young people, trains teachers in inquiry learning, and is a crusader for recognition of the importance of bugs.

Books are available in the Te Papa store or online at http://www.tepapastore.co.nz/

A range of events and public programmes will run throughout the duration of the exhibition.

Te Papa is open 7 days a week from 10am to 6pm. Closed on Christmas Day.