'Ie tōga are the highest-ranking items in the Sāmoan ceremonial exchange system and this particular ‘Ie tōga is greatly valued for its significant associations with two of Samoa’s leading chiefly families - Sa Malietoa and Sa Tupua. The two families’ had state level exchanges with the government representatives from Great Britain and New Zealand in the year of Samoa's political independence in 1962 and then in 2009. 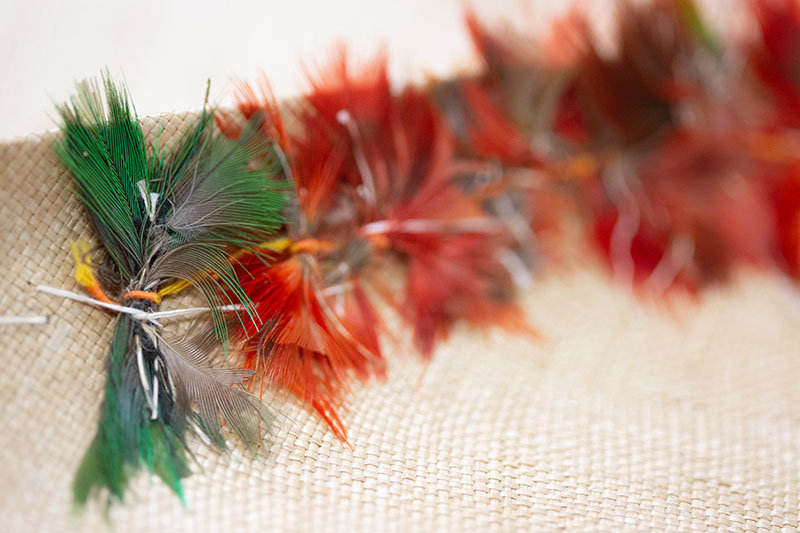 Le Lau Ta’amu Tafea is in incredible condition and is an important addition to Te Papa’s collection. It is also an extremely excellent historical example of artisanal Samoan women's weaving; being of a very high quality.

Sean Mallon (Senior Curator Pacific Cultures) says, “Te Papa tells the stories of all New Zealanders, but also New Zealand’s relationship within the Pacific region and the wider world. I am grateful that representatives from two of Sāmoa’s leading chiefly families have chosen Te Papa as the repository for this 'ie tōga. It is amazing that such a humble yet beautiful textile symbolising relationships between New Zealand, Great Britain and Sāmoa will be accessible to future generations of Sāmoans and New Zealanders. “

Tui Atua Tupua Tamasese Efi says, "In Samoan culture in this instance, the history of this mat represents and reflects the personal and historical rapport between Samoa, New Zealand and the United Kingdom. For me, when I accepted the fine mat from the British High Commissioner, the fine mat was a messenger with a message. The message was: we pass on this fine mat on the assumption that you will do justice to the history and genealogy of the fine mat. Additionally in Samoan custom and usage, when Sa Malietoa and Sa Tupua meet, they recite to each other the mantra, e le mala 'ese Sa Malietoa, mala 'ese Sa Tupua; meaning that the history, custom and usage of the two families are so intertwined by genealogy that their welfare and interest are one and inseparable. I believe that I give substance and meaning to the mantra cited above by presenting this fine mat for display by Te Papa."