Instead of squashing that mosquito on your leg, you could post it in to Te Papa and be part of New Zealand’s first mozzie census.

Don’t squash it: catch it, freeze it, and send it!

That’s the message from the national museum’s scientists, who are working with the Ministry of Health to collect mozzies from around the nation. 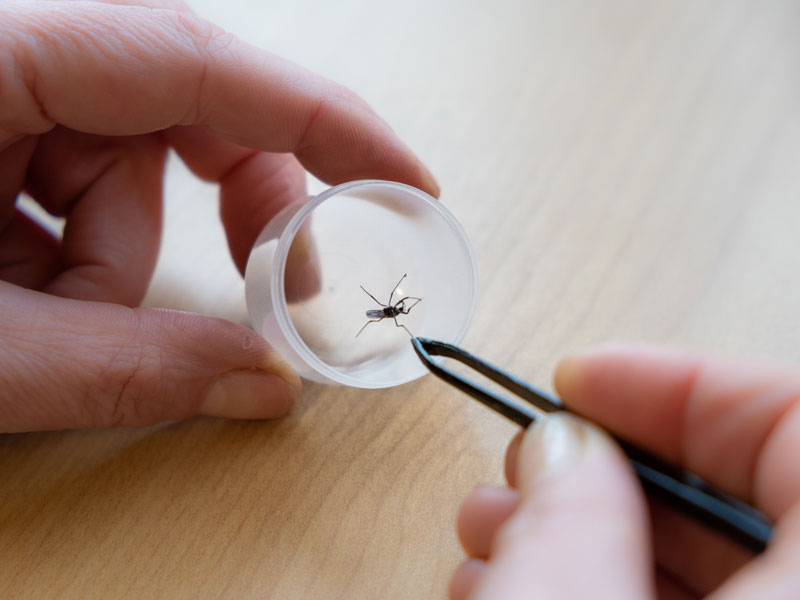 Putting a mosquito in a container to send to Te Papa, 2019. Photo by Rachael Hockridge. Te Papa

The census will help scientists work out which species are living in New Zealand, and where, giving valuable insights into our natural environment, and into climate change, which may be affecting the range of different mosquito species.

Te Papa curator Dr Julia Kasper says the census will fill some major gaps in our knowledge of mosquitoes in Aotearoa.

“We have 13 native mosquitoes in New Zealand – most of which mainly bite birds,” says Dr Kasper.

“All 13 have very specific habitats and living conditions which means they are quite vulnerable to environmental changes compared to adaptable introduced species.”

“We know of three introduced mosquito species which have made their home in Aotearoa. Unfortunately, these three introduced species are the main nuisance human biters in New Zealand and have spread and established themselves – whereas native species are possibly in decline.”

Dr Kasper says we currently don’t have enough data to know exactly what is happening with our native mozzies.

“As well as helping us learn about our native mozzies, this census will help find out how widely spread the three introduced mosquitoes have become, and which pathways they took.”

“This new information will help us form a clearer picture of the impact of factors such as changes in land use and climate change,” Dr Kasper says.

“There’s a chance we might even discover a new exotic species that have slipped into New Zealand undetected.”