A repatriation pōwhiri at 8am will mark the return of these ancestors. Media can attend and film the ceremony but need to register in advance. RSVP to: heather.byrne@tepapa.govt.nz.

The first repatriation to New Zealand from the Natural History Museum, Vienna, and the biggest repatriation from Austria includes a group of Māori and Moriori ancestors that represent the remains of approximately 64 individuals. Records indicate that 49 of these ancestors were collected by Austrian taxidermist and notorious grave-robber Andreas Reischek who spent twelve years in New Zealand from 1877 to 1889.

“These ancestors were stolen by those with no regard for the Māori communities they belonged to,” Sir Pou said.

“In his diary entries Reischek boasts of eluding Māori surveillance, looting sacred places and breaking tapu – he knew exactly what he was doing. His actions were wrong and dishonest.”

“It is always a spiritual relief and privilege to welcome back our ancestors who have been victims of such wrongdoing. Culturally we know that they are weeping with joy now that they have returned to Aotearoa where at last they will rest in peace,” Sir Pou Temara said.

This pivotal repatriation concludes 77 years of negotiation between New Zealand and Austria.

“These ancestors’ journey home has been long-awaited, and is made possible by the mutual agreement of the Museum and the Austrian government.”

“This historic repatriation helps to reconcile the colonial past and opens a new chapter in relationships between Māori, Moriori, and the New Zealand and Austrian Governments,” Dr Hakiwai said.

“The Natural History Museum, Vienna has made a profound commitment to right the wrongs of the past, and approached this work with a spirit of openness and reconciliation.”

Mr Mamaku-Ironside said there was still work to do.

“While we’ve seen an increase in conversations about repatriating human remains, there is still a lot of work to do to bring all our ancestors home,” Mr Mamaku-Ironside said.

Dr Katrin Vohland, Director General and Scientific Director, Natural History Museum, Vienna acknowledged the importance of the undertaking, and its significance for all parties.

“I’m impressed by how much the repatriation process is driven by the wish for reconciliation, and am happy we can contribute to the healing process,” Dr Vohland says.

“I’m thankful for the opportunities to let the relationship between Austria and New Zealand grow trustfully on a scientific and personal basis.”

The ancestors will be held in Te Papa’s wāhi tapu (sacred space) while provenance research is undertaken, followed by engagement with whānau, hapu and iwi to determine their final resting place.

The Natural History Museum’s formal handover ceremony will take place in Vienna on Tuesday 27 September, 9am (Vienna time), and will include Tikanga Māori (indigenous cultural customs and protocols). In attendance will be representatives of the Karanga Aotearoa Repatriation Programme, Dr Arapata Hakiwai, Māori cultural experts and The New Zealand Ambassador to Austria, His Excellency Brian Hewson.

The remains include calvaria (skulls without mandibles), craniums, loose mandibles and maxilla fragments.

Through examining museum archives and journals, it’s understood most of these ancestors were taken from Rēkohu Wharekauri (Chatham Islands), Whanganui, Ōtautahi Christchurch, Lyttelton, Tāmaki Makaurau Auckland, and wāhi tapu throughout Te Taitokerau including Whangaroa and Taiharuru. Further research will be carried out to determine the locations where the ancestors were taken from, and Karanga Aotearoa will work with Iwi, hapu and whānau to establish a pathway home for them.

Colonial collectors rarely recorded the origin of the remains they removed, meaning the identity and home of many stolen ancestors may never be known.

A long history of attempts at repatriation

A repatriation campaign started at the end of World War II has resulted in the return of these remains that were unlawfully acquired by the notorious Austrian, Andreas Reischek.

Māori became aware that the remains were housed in the Natural History Museum, Vienna when Reischek’s son published Yesterdays in Maoriland in 1930 – an English translation of Sterbende Welt: Zwölf Jahre Forscherleben auf Neuseeland (A dying world: twelve years of an explorer’s life in New Zealand). This book was based on Reischek’s diaries and manuscripts.

A further repatriation of Māori ancestral remains took place in 2015 from the Weltmuseum in Vienna, led by Kaihautū Dr Arapata Hakiwai and a delegation including Haami Piripi of the Karanga Aotearoa Repatriation Advisory Panel.

In 2017, Te Herekiekie Herewini, Karanga Aotearoa Head of Repatriation, led a delegation to the Natural History Museum in Vienna to karakia, mihi and to make a formal inquiry into the Māori and Moriori remains in the Museum’s Department of Anthropology (DA-NHMW). It was around this time that Prof. Dr. Sabine Eggers joined the DA-NHMW as Head of the International Collection and commenced the provenance research into the collection associated with New Zealand and Rēkohu (Chatham Islands). Dr Eggers and a dedicated team undertook the ambitious task of checking and re-translating the original text of Reischek’s diaries that were used to unravel his wrongdoings. This work is ongoing.

Andreas Reischek was an Austrian taxidermist who arrived in New Zealand in 1877 and stayed for twelve years. He was the main collector of human remains from New Zealand.

Sent to Christchurch to help prepare an exhibition at the Canterbury Museum, Reischek was considered a ‘New Zealand enthusiast’, funding himself to stay longer than planned.

He travelled widely throughout the country taking interest in New Zealand’s fauna, animals and indigenous people. He befriended King Tawhiao who allowed him to hunt different species of birds – the first non-Māori to be given this honour. He later betrayed the King by looting ancestral remains. 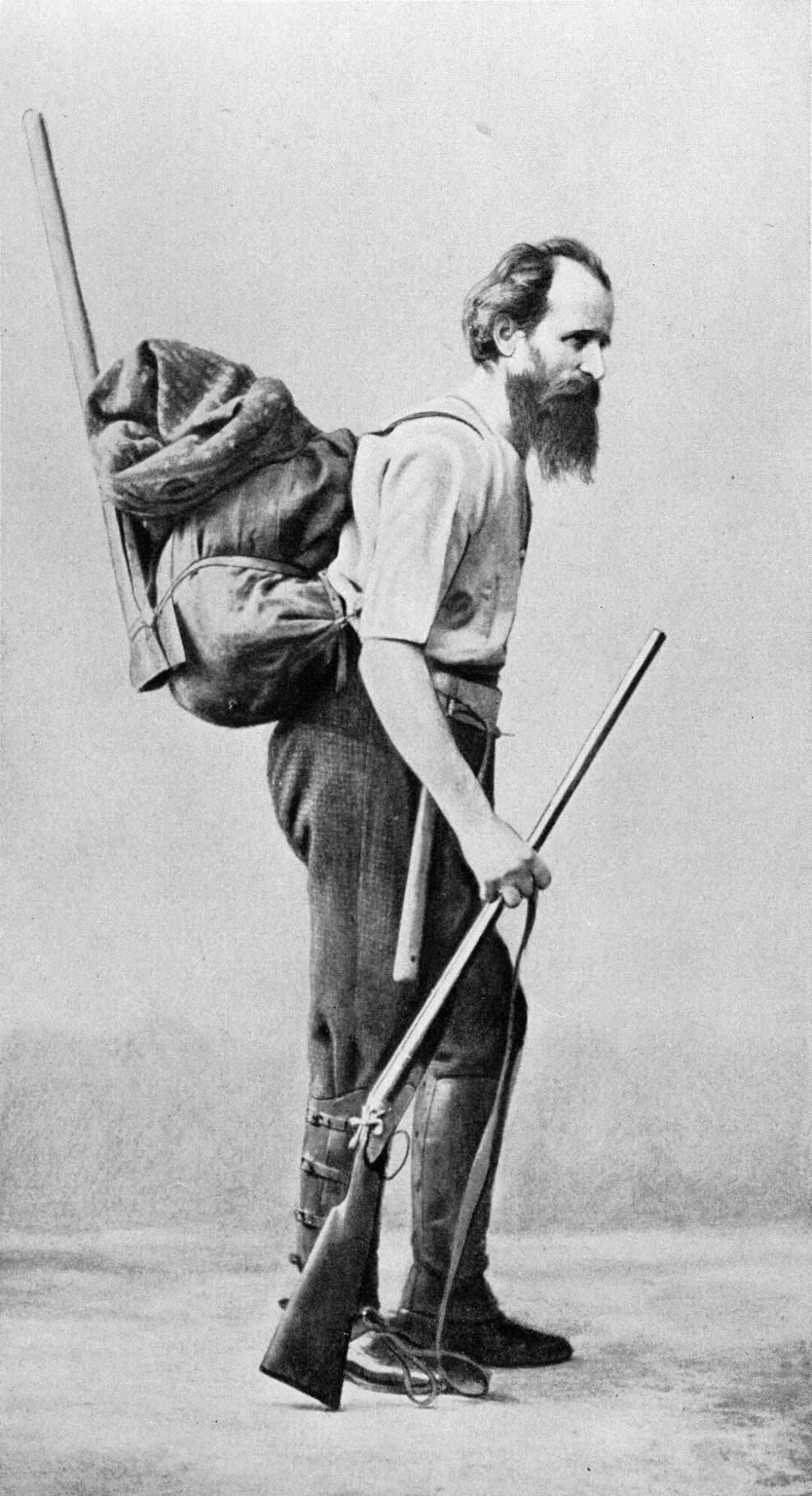 Reischek’s diaries demonstrate he was acutely aware that stealing Māori remains violated Māori beliefs. He writes about looting from sacred places, evading Māori surveillance and breaking tapu, in spite of being warned about the tapu infringement.

In an entry from 1888, Reishek writes of acquiring:

“Maori Crania collected from caves, crevices, hollow trees, battle fields and kitchen middens. It is one of the most difficult tasks, because all these places are tapu, holy, and no one is allowed to enter them [?], without being noticed by the locals, [?] early morning to evening, especially when they’re mistrusting.” (Reischek Diary 1:0038) 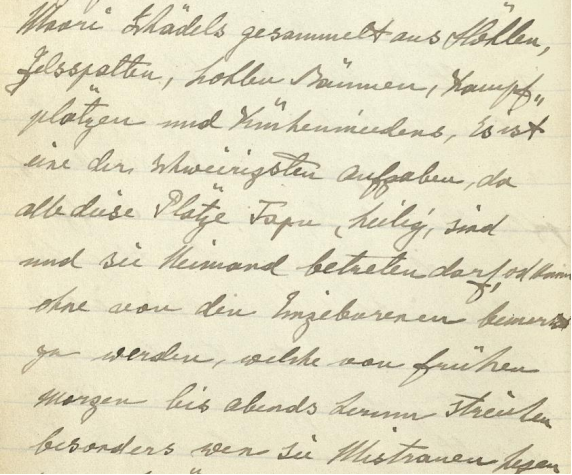 The collection he amassed through his travels became the largest collection of ethnological and natural history material taken from New Zealand to Europe (King 1981: 142; Prebble 1993).

Media wishing to attend the ceremony must register their attendance in advance: email heather.byrne@tepapa.govt.nz. Media must arrive by 7.15am Sunday 2 October and must not film/photograph or show images of the remains.

Following the ceremony there’ll be a 10-minute media stand up with:

Photos from the repatriation pōwhiri will be available on request after the ceremony.

Since its launch in 2003, the programme has repatriated almost 800 ancestral remains.