“There is nowhere to go if something’s inside of you”: Wellington High School’s Elijah Neilson on Tony Fomison

“I think much of what he paints is an expression of feelings too big for your body. He makes these things that impress upon you from the outside. That can feel better than something emerging from the inside, because there is nowhere to go if something’s inside of you.”

Elijah Neilson is one of the students who helped co-create Tony Fomison: Lost in the Dark. Here, they discuss the experience as well as the artist. 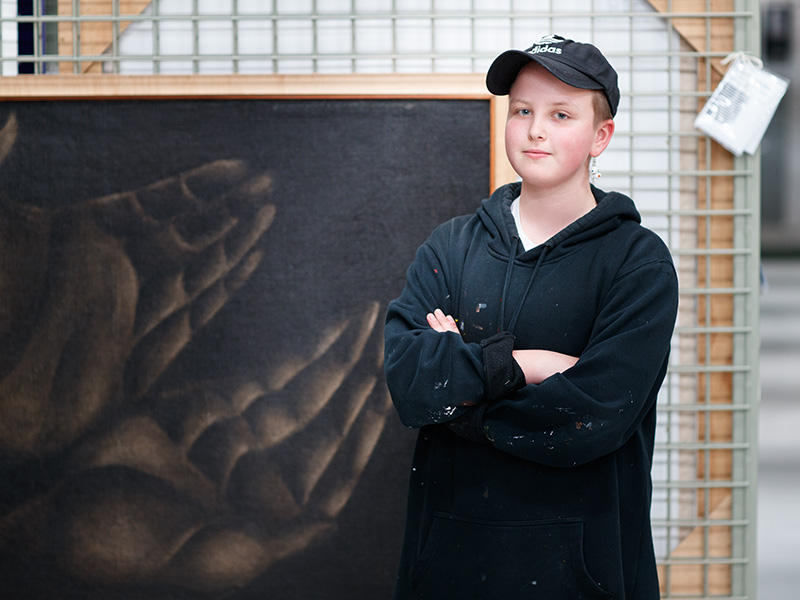 What interests you about Fomison’s work? Are there any particular themes/ideas that struck you?

Emotion is one of the most important aspects of art to me. I think if works don’t incite feelings, I’m apathetic towards them. Shame or disgust can be good things when emulated in artworks, can even be comforting because people will feel less lonely about their own experiences, and I think that is what interested me in Fomison’s work. He can capture darker feelings at their height, without needing to include violent, obscene imagery.

I think much of what he paints is an expression of feelings too big for your body. He makes these things that impress upon you from the outside. That can feel better than something emerging from the inside, because there is nowhere to go if something’s inside of you.

Fomison’s art means that you can save these feelings for when you’re looking at his works, feel them as much as possible, and then stop looking. Move onto something else and maybe you can focus on lighter things for a while. His works give off the feeling of all five senses – can taste the salt, rotted fruit, whiskey / can smell the sweat and a petrol station / can feel velvet melt into concrete / can hear crunching and keening. That type of thiiing.

There is of course also the question of exploiting people with mental or physical illness that the artist himself doesn’t have, which has been done with varying harmfulness across history, that I feel like incites very interesting discussion – as well as the influence of Polynesian culture on his artwork despite himself being European!

How do you think his work speaks to youth today?

I think mostly it is the strangeness, and lack of sense of self... or exploration of sense of self... which every young person has felt throughout history. More specific to the current experience, there is of course social media. And an obsession with identity that expands more and more because of endless exposure to new ideas.

Everything in history available to us; there is a lot of confusion about which thing to be and which to present. There are many people I have met maybe once, but we know each other based only on an Instagram profile, so it feels imperative to make that a wholly representative image of who you are (more: who you want to be). People r becoming #brands :[

A lot of what Fomison paints involved distortion of the face – which is maybe representative of how people actually feel they are, rather than the ‘distorted’ image their physical appearance portrays. People are often shrouded in shadow or morphed into something uncanny. Young people can feel like this, however dramatic that may sound, as the feeling of identity and self understanding feel so necessary.

Anyway. Feelings of entrapment, uncertainty, and overwhelming shame are very prevalent in almost everyone I know, especially teenagers – Fomison deals with all of these things. I also believe that young people react a lot more forcefully to things (often just ’cause less jaded n lots of new experience n less control) aka feel emotions more strongly so they are gonna get a lot out of viewing his works.

Also! Seeing that other people feel the same lonely, hurt, shameful, disgusting, sad, scared, horrified things that you feel in your own self is incredibly helpful, especially throughout being a teenager where you’re feeling a lot of new things but not telling anyone. Trying to figure out if anyone else is feeling this way too.

How has it felt being involved with making the exhibition?

It has been so coool! :--) Just getting some insight into how exhibitions are made, and seeing behind the scenes at Te Papa is so interesting. Having anything to do with art in terms of a career has always seemed very inaccessible (we’re told it is), but being involved with this sort of thing while being in high school has been so helpful.

It’s also really nice that our thoughts about this exhibition and artist have been deemed valuable. It often feels like you have to be a specific type of person to have anything worthwhile to say on art, and I know that we’re all really appreciative of being taken seriously in this situation. I think, in general, there should be more communication between children/teenagers with a world beyond high school, and I’m grateful that Te Papa has been one of the places to help with this.

And also ... it was just really fun and unlike what I’ve ever had the opportunity to do before. I think that if it’s possible/if it’s being considered, this or something similar should definitely be done again! 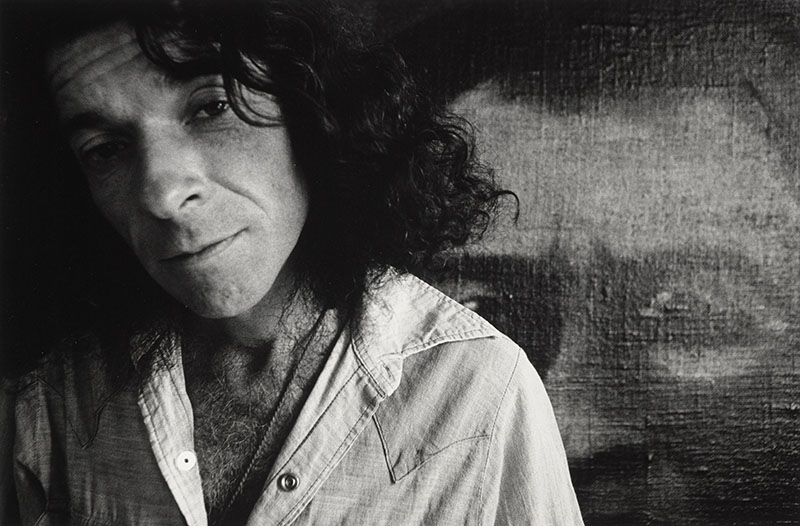 Why do you think people should come see it? What will they get out of it?

I feel like people do not have a very broad understanding of New Zealand artists at all! There can be a vibe, among both Kiwis and (especially) children of European immigrants, that New Zealand-generated work has less inherent value. People know all the European artists from like the 17th century onward but Colin McCahon and Rita Angus tend to be the limit of people’s knowledge about this country’s art. I think Fomison is both surprising in his thematic content and familiar in his imagery, which ensures an important balance for audiences in New Zealand. As well as providing insight for visitors to the country into our artistic history.

And then, I feel like much of what I have said about the importance of seeing your own difficult emotions reflected in artworks can be beneficial for everyone. To be in an environment where those feelings are encouraged and expressed in a visual, often visceral way, can be cathartic. Even if the artworks don’t visually appeal to you, as long as you have a reaction to them in some way, I believe that they are worth seeing.

It’s important to feel things. Especially in this time period, where the endless onslaught of media has dulled our senses to new experiences and emotions. People have shut themselves off as a way of coping with the instant gratification, constant stimulation, overwhelming stream of news and information that we deal with all the time now (not to mention the endless flood of entertainment with no goal but profit). To go into a room and be confronted with real human emotion on such a scale is more important than ever. I think!