Bioluminescence in the deep ocean

Bioluminescence is light produced by living organisms. It is extremely common in the oceans and occurs in all oceans at all depths. Many deep-sea creatures are bioluminescent.

The photophores, or light-emitting cells, range from simple clusters of cells to complex organs surrounded by reflectors, lenses, colour filters and muscles. The most common coloured light produced by marine organisms is blue. This is also the colour that penetrates furthest through water.

In the dark of the ocean, bioluminescence can help organisms to survive. Several deep-sea fish, such as anglerfish and viperfish, use bioluminescence as a lure to attract prey. The dangling appendage that extends from the head of the anglerfish has a light organ at the end which attracts small animals to within striking distance. 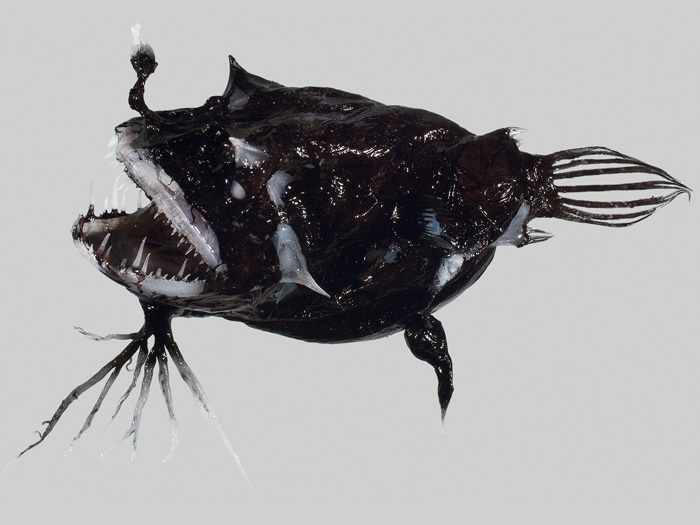 Other fish, such as lanternfish (myctophids), have light organs on their sides and bellies. Lights on the underside of a fish such as a lanternfish or bristlemouth break up the silhouette of the fish's body. This makes the fish harder to see from below, and helps protect it from predators. Light organs also help fish to recognise mates. Each species of lanternfish has a distinct pattern of lights.

Bioluminescence is common among squid. It is estimated that two-thirds of all squid genera include bioluminescent species. Light organs, or photophores, can be found nearly anywhere on the body of a squid. The most common places are the eye (ocular photophores), mantle, head and arms, internal organs (visceral photophores), funnel, and tentacles.