taonga pūoro Māori musical instrumentsMāori | Noun and discover what their original purposes were.

What were taonga pūoro originally used for?

Taonga pūoroMāori musical instrumentsMāori | noun are undergoing something of a revival and were originally used for many purposes including: 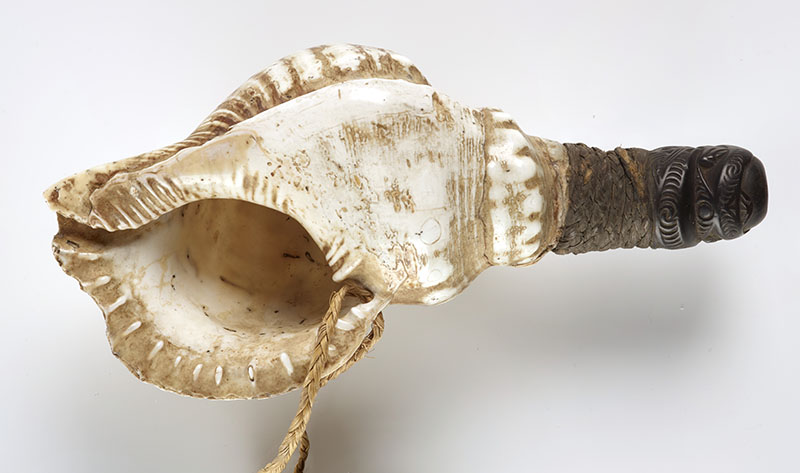 The sound of the pūtātara heralds arrivals to a marae

maraeopen area in front of the meeting houseMāori | Noun or the birth of a child. It is also used to summon people for formal learning or as a call to arms.

Pūtātara are highly prized. The triton shell is rarely found in Aotearoa, only occasionally washing up on beaches in the Far North. It is regarded as a special gift of Tangaroa 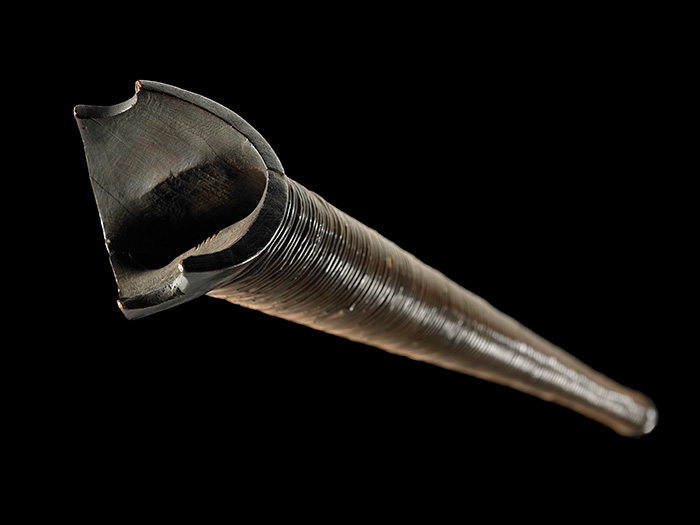 The pūkāea is used to welcome people and announce events or occasions of importance, and was also a war trumpet.

Pūkāea vary considerably in length, with some known to be over two metres long. The mouthpiece end is the kōngutu. The bell-shaped end is called the whara. 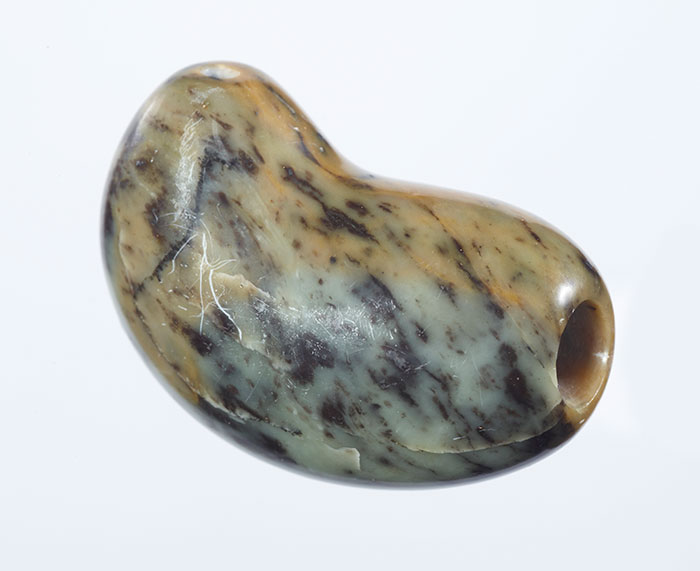 This instrument was used to mimic the call of the weka.

The pūtōrino (bugle flute) is shaped like the cocoon of the case moth (tūngou ngou). It is said to possess both female and male ‘voices’. Some instruments emit a third voice, said to be a wairua

Pūtōrino are made from split and hollowed hardwood, sealed together with natural gums and bound by fine split vines. 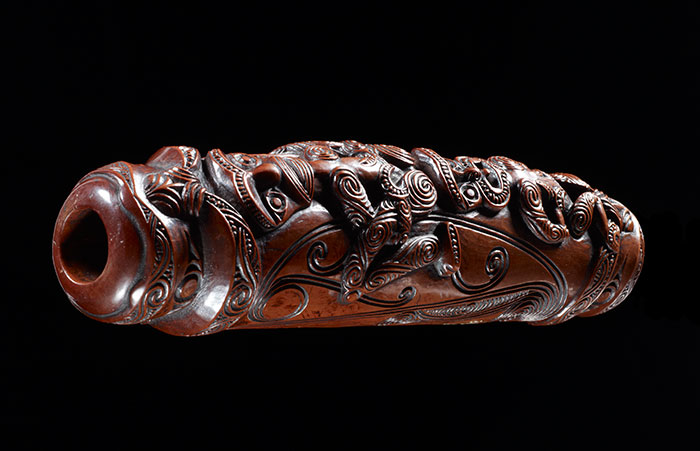 Hine Raukatauri is the spiritual entity for Māori flutes. She is a daughter of Tānemahuta. The sound is an attempt to replicate the sound made by the empty cocoon of the case moth. 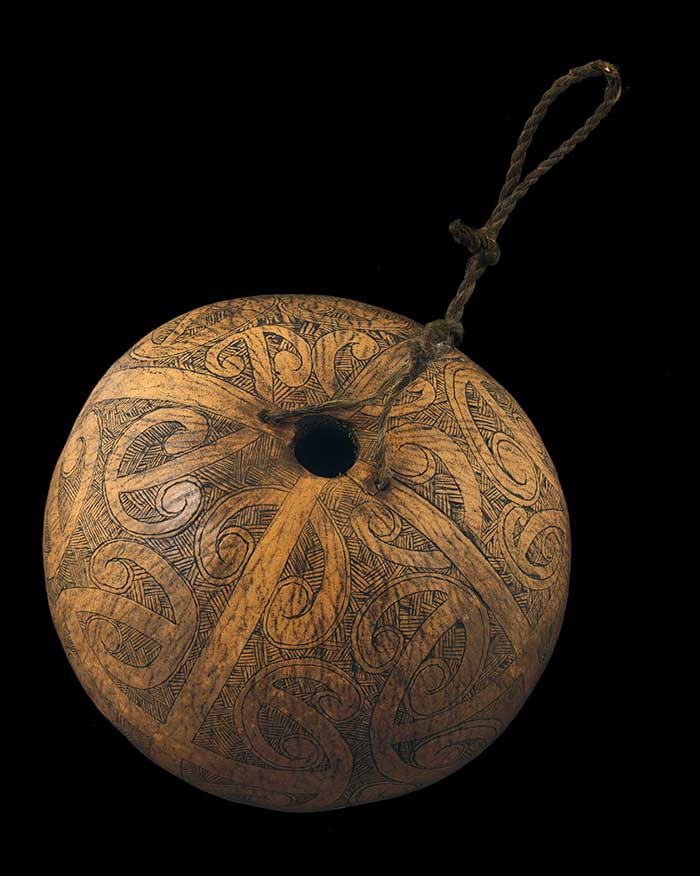 Hine Pū te Hue is the spiritual entity for the hue. She is associated with calming storms, and the sounds created from the hue are soothing and peaceful, like the spirit of Hine Pū te Hue – a daughter of Tānemahuta (god of the forests and birds).