Discover the history and practice of tāmoko, and find out why the lines of a moko carved in skin represent much more than a tattoo.

Origins and traditional method of tāmoko

The Western and Eastern Pacific method of tattooing is based on the use of broad toothed combs of varying widths called uhi, dipped in dark pigment, and struck into the skin with small mallets known as tā. The teeth of the comb pierce the skin and deposit the pigment. Māori brought this method of tattooing with them from Eastern Polynesia.

As the art and practice of tāmoko

tāmokoapply traditional tattooMāori | Noun (also known as tā moko) developed in isolation in Aotearoa New Zealand, Māori pioneered the use of smaller, narrower uhi without teeth that cut grooves through the skin. 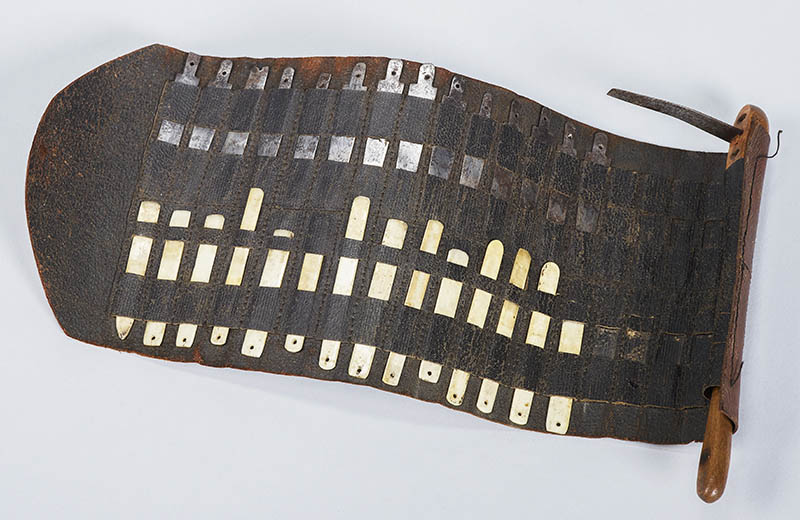 This process was followed by the application of small, toothed uhi combs that applied the pigment. This method of tāmoko applied to the face is a form of scarification, which in practice is very similar to wood carving, and is characterised by deep grooved furrows stained with dark pigment.

Meanings behind the motifs

The meaning and significance of these design motifs appears to be a complex interplay between high aesthetic and a visual language that underscores artistic excellence, identity and role.

Many of the design motifs are universal, especially the spiral elements applied to the ihu

nosenoseMāori | Noun, cheek, and lower jaws, and the curvilinear rays on the forehead and from the nose to the mouth. The remaining elements were carefully chosen to accentuate and enhance the individual features, giving meaning to the expression Mataora, the living face.

MokoMāori tattooing designsMāori | Noun may also indicate social status, role, and expressions of identity though genealogy, but this remains unclear. 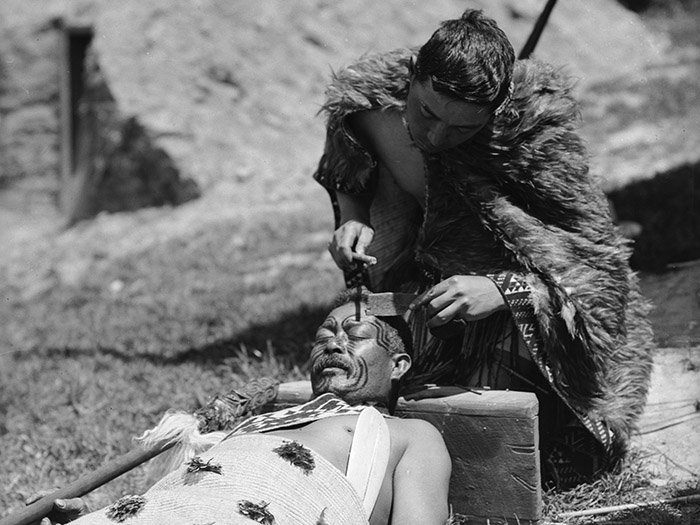 Tāmoko in the 19th and 20th century

Tāmoko has undergone significant changes since its practice was disrupted through colonisation and the adoption of Christianity in the mid-19th century.

PākehāNew Zealander of European descentMāori | Noun generally, perceived it as a distasteful practice, even while being somewhat fascinated by it. 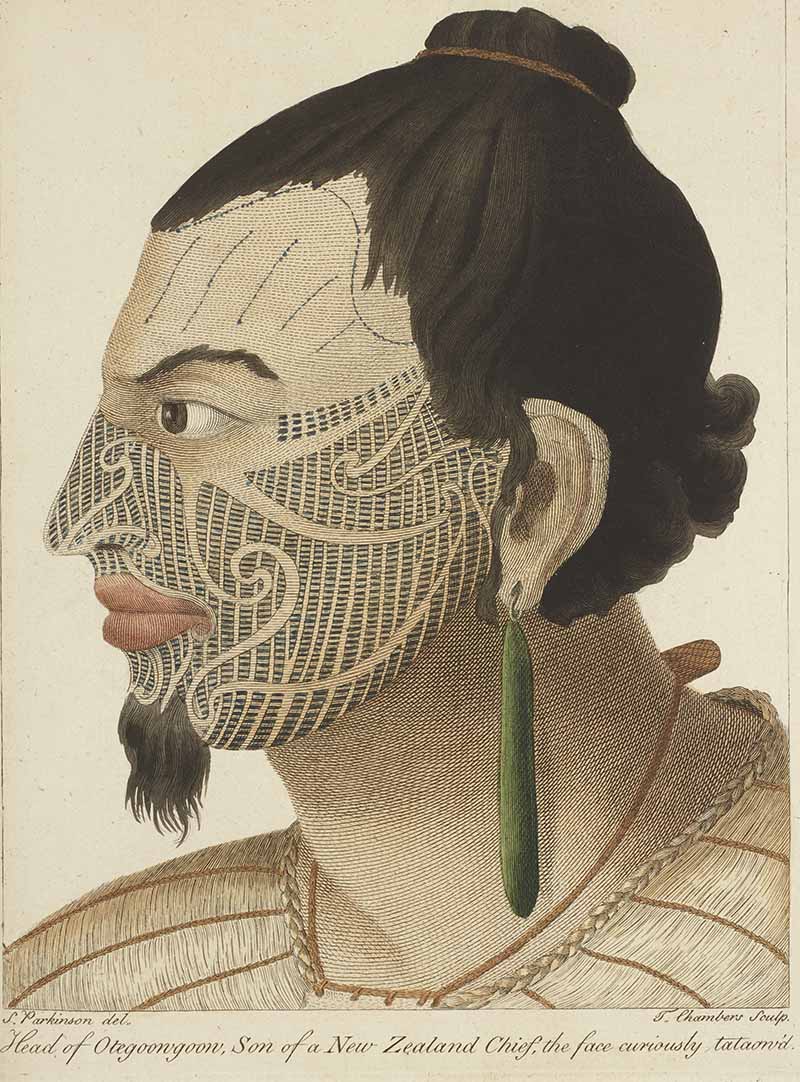 Sydney Parkinson, Head of Otegoowgoow. Son of a New Zealand Chief, the curiously tataoued. Plate 21. From the book: A journal of a voyage to the South Seas, in his Majesty’s ship the Endeavour, 1784. Te Papa (RB000268/109a)

This view particularly affected a young generation of Māori men specifically, and to a lesser extent women.

How the tools and process of tāmoko changed

The tattooing process itself changed early in the contact period, and certainly by the 1840s metals started to replace bone in the manufacture of uhi, tattooing chisels, and combs.

One especially interesting account of the use of metal uhi occurred with the tattooing of Iwikau Te Heuheu of Ngāti Tūwharetoa (Taupō district) in 1841. The operation was witnessed by Edward Jerningham Wakefield of the New Zealand Company, who commented:

‘The instruments used were not of bone, as they used formerly to be; but a graduated set of iron tools, fitted with handles like adzes… The man spoke to me with perfect nonchalance for quarter of an hour, although the operator continued to strike the little adzes into his flesh with a light wooden hammer the whole time, and his face was covered with blood.’  [Edward Jerningham Wakefield. Adventure in New Zealand from 1839 to 1844. Whitcombe and Tombs Ltd, Wellington, 1908, p.425]

But perhaps the biggest shift in practice was the adoption of needle tattooing during the late 19th century and early 20th century. The use of grouped needles became the most common form of tattooing throughout the world during this period, and it was the form most commonly applied to pūkauae, the female chin tattoo, in the early 20th century. It’s still the most ubiquitous form practised in the world today. 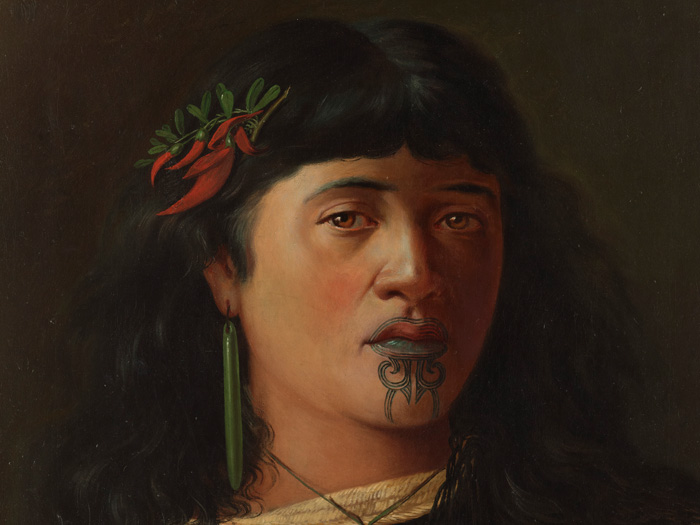 The ever-decreasing generation of kuia mokokuia moko tattooed female/women elders inspired a young group of artists and carvers following the protest movement of the 1970s to reclaim moko as a unique expression of Māori identity.

Combined with the interest of academics like Michael King and the continued popularity of the published works of Gottfried Lindauer and Charles Frederick Goldie, and colonial artists like George French Angas, it helped reawaken the interest of a new generation in this venerable and unique art form.

The 1980s saw the rebirth of moko, but it wasn’t until the 1990s that it really started to gain any real currency as an authentic artistic form and contemporary cultural practice.

But it really hit its stride in the 2000s. In the course of a single generation, a dedicated group of determined and courageous tohunga tāmoko (tattoo experts) and tattoo practitioners reclaimed and revitalised the cultural practice of tāmoko. A continuously growing demand from young Māori and not-so-young Māori has ensured that moko is now an increasingly seen and accepted part of mainstream New Zealand.

Sharing tattoo knowledge from around the Pacific

whanaungarelativesMāori | Noun, our Pacific cousins, have played in revitalising tāmoko, especially pūhoropūhoro thigh tattoos, in generously sharing their knowledge and mentoring Māori in the practice of customary tatau