A silver slice of Māori history: the Te Pahi medal

The sudden reappearance and subsequent sale by Sotheby’s Australia of the Te Pahi medal in April 2014 was a significant numismatic event. The medal is a unique object in early Australasian colonial history.

The circumstances of its presentation by the Governor of New South Wales, Philip Gidley King, to Te Pahi, a Ngāpuhi chief, provide insights into colonial and indigenous contacts and relationships in the early 1800s.

This paper considers the circumstances behind the commissioning of the medal in 1805–06 and its disappearance following colonist and whaler raids in 1810. When the medal reappeared, Ngāpuhi demanded its repatriation and attempted to have its sale postponed. Although this proved unsuccessful, the medal was repatriated thanks to a winning bid jointly made by the Museum of New Zealand Te Papa Tongarewa and the Auckland War Memorial Museum Tāmaki Paenga Hira. At the time of writing, the Te Pahi medal has just returned to New Zealand after an absence of more than 200 years. 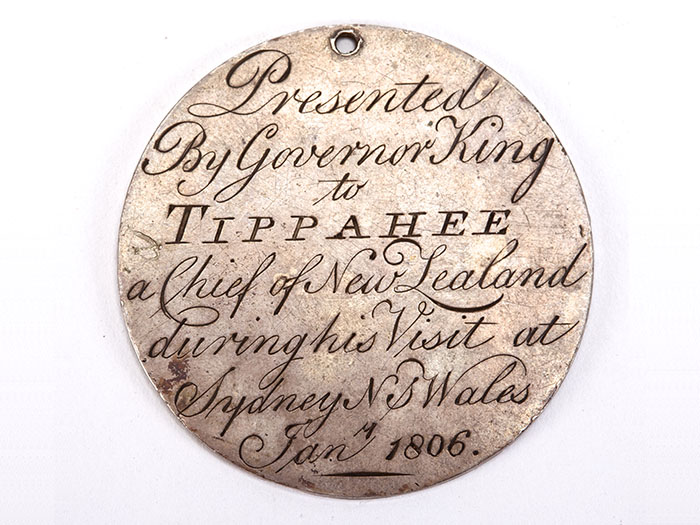