How big is a sunfish?

Sunfish are the heaviest bony fish species alive today. Find out how large different species grow and how to weigh one.

How big is a sunfish? 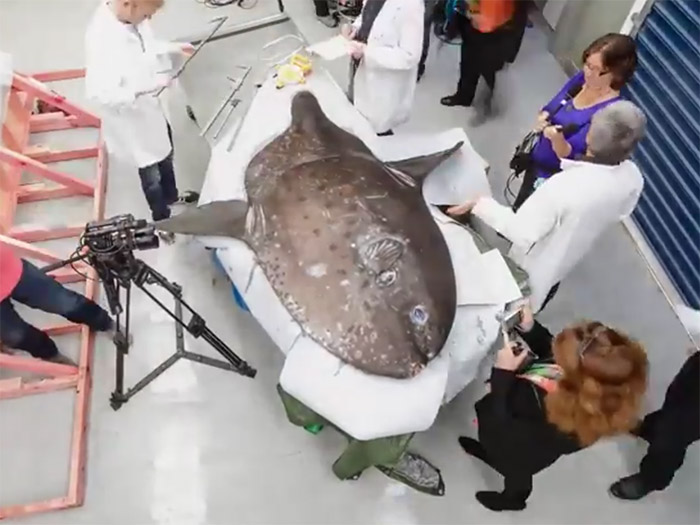 What’s the biggest sunfish ever recorded?

Sunfish vary in size depending on species. The little oblong sunfish only grows to about 1m long and about 6kg. The other five species are massive and can be over 3m long – their maximum weights have always been estimated.

Find out more about the discovery of the Mola tecta 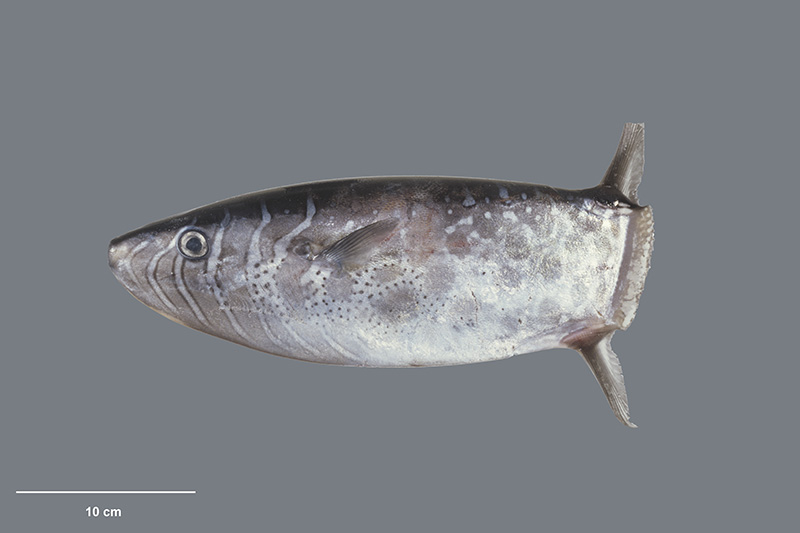 How do you weigh a sunfish?

Sunfish, because of their size, are very hard to weigh accurately.

There are huge issues with getting a crane to lift the fish, and scales that could cope. They are also a very awkward shape, which only compounds the problem.

Watch the video below to see how we weigh the sunfish at Te Papa:

How do we store the sunfish?

Nearly every sunfish specimen is preserved as a ‘wet’ specimen, which means fixed in formalin and stored in alcohol in drums and tanks.

Watch the video below to hear from our fish expert, Andrew Stewart, on why we preserve whole sunfish and where they are stored:

Sunfish are rare in most museum collections because of their large size and oceanic pelagic habitat. When present in museums, specimens are usually represented by small, beach-cast juveniles, or plaster casts and old mounted skins.

Te Papa is lucky enough to have one of the best collections of large, whole preserved sunfishes in the world.

We have specimens of all five species of sunfish in our collections – but some more than others. 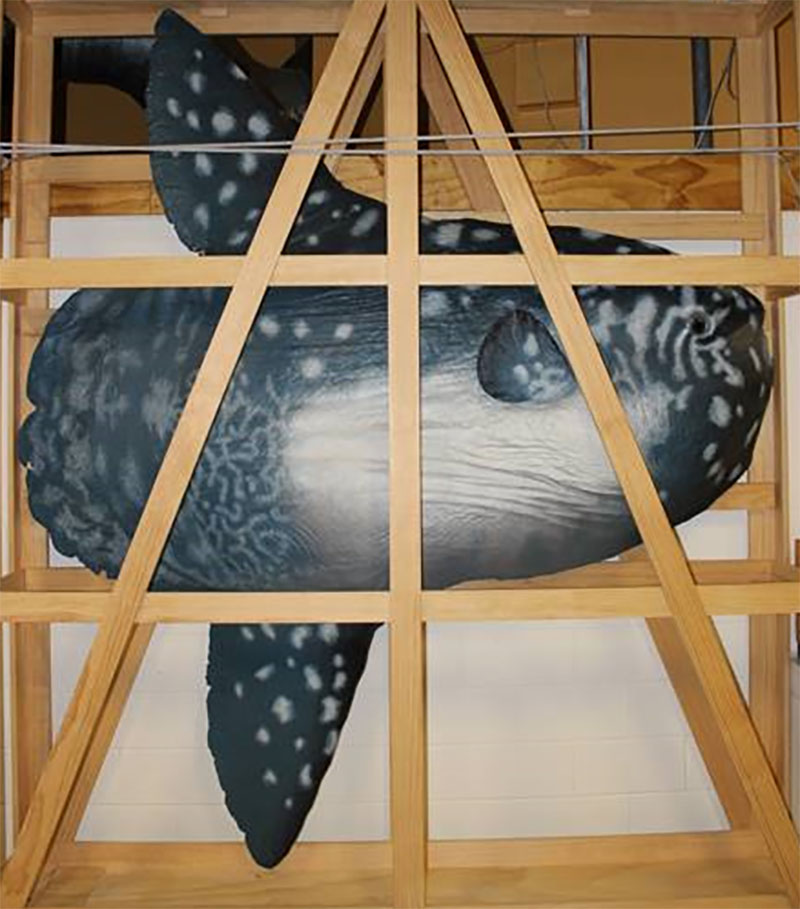 This is in the form of a ¾ plaster cast of a specimen that washed ashore at Cape Palliser in the 1930s.

It's a particularly excellent cast and is good enough to get reliable measurements, which is quite exceptional. The cast is 2.5m long, and was estimated at 1.7 pounds on the beach.