Surely with all those eyes spiders need some sleep? Te Papa's bug expert Phil Sirvid has the fascinating answer.

Spiders do not sleep in the same way that humans do, but like us, they do have daily cycles of activity and rest.

Spiders can’t close their eyes because they don’t have eyelids but they reduce their activity levels and lower their metabolic rate to conserve energy.

This is a useful ability, particularly for web-building spiders which depend on food coming to them and may have to go a long time between meals.

Many spiders are more active at night because a lot of creatures that would happily eat spiders, for instance birds, are more likely to be active by day. This helps them avoid becoming a snack. 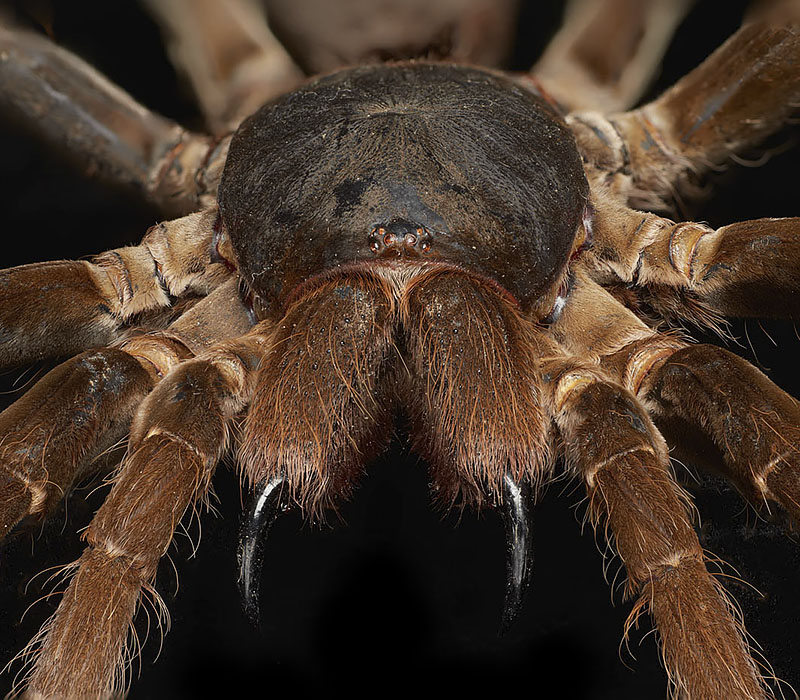 Spider species such as the Australian redback have been recorded going six months without food, yet were able to spring into action when presented with prey.

This type of behaviour can be likened to when your computer goes into sleep mode.

If there’s no activity for a while, the computer suspends most of its activity, and this reduces energy demands.

Once you tap a key, the computer springs back to life. This isn’t too different for a spider. Given an appropriate stimulus, such as movement in the web, it will very quickly become active again.