Who is Peter Snell?

He powered to international track stardom using the revolutionary training methods of his coach Arthur Lydiard, who led the finest era in New Zealand athletics from the early 1950s to the mid-1960s.

Snell was almost unknown when he won the 800m at the Rome Olympic Games in 1960. He was only 21 at the time. He instantly became a national celebrity and massive crowds would flock to see him race.

Four years later at the Tokyo Olympics in 1964 he dominated the track, winning gold in the very rare 800m and 1500m double. 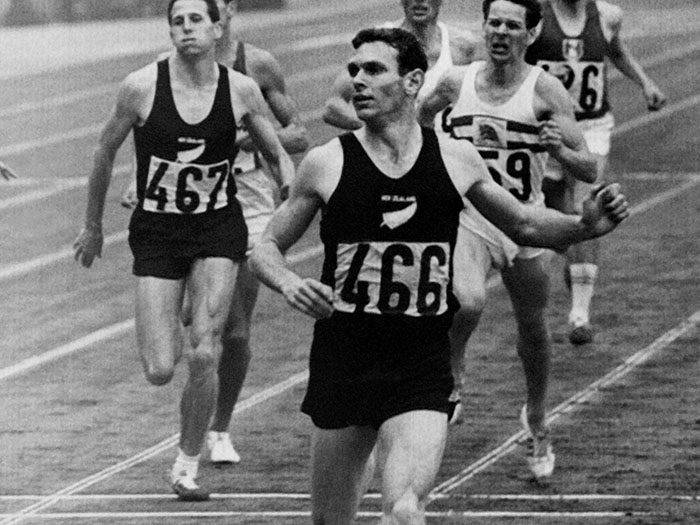 Peter Snell crosses the finish line of the 1500m event at the 1964 Olympic Games in Tokyo. Photograph by STR/AFP/Getty Images

In between, he won two gold medals at the British Empire and Commonwealth Games in Perth 1962 for the 880 yards and one mile events.

During this period Snell broke at least six world records. One of the highlights of his athletic career was being part of the winning 4 x 1 mile relay race in Dublin in 1961.

He then broke three records in one week in 1962. In January 1962, he broke the mile world record in under four minutes in front of a huge crowd in Whanganui and one week later he smashed the world records for 880 yards and 800m in Christchurch. The times he set that day remain New Zealand records five decades later.

Snell retired from competitive running in 1965 and moved to the United States in the 1970s to pursue a successful academic career in exercise physiology. He remains active and engaged in competitive events.