The partnership between the Chief Executive and Kaihautū KaihautūMāori leaderMāori | noun reflects the bicultural nature of the Museum.

Te Papa acknowledges the unique position of Māori in Aotearoa New Zealand and the need to secure their participation in the governance, management, and operation of the Museum. 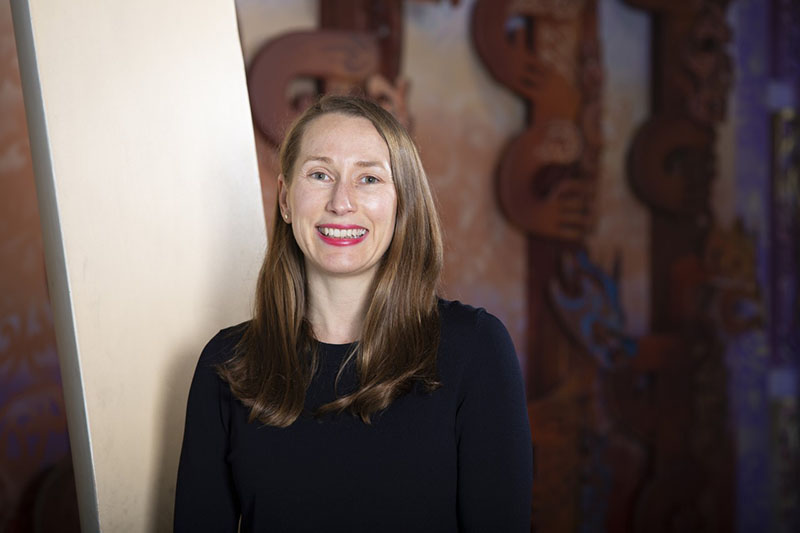 Courtney Johnston took up the role of Tumu Whakarae | Chief Executive in December 2019.

Raised on a dairy farm in Taranaki, Courtney has lived and worked in Wellington since 2000. She holds a Masters in Art History from Victoria University of Wellington, and was the 2015 recipient of a Winston Churchill Memorial Trust Scholarship to research contemporary museum practice in the United States.

Courtney brings a wealth of experience to the role, spanning museums, digital development, and governance. While completing a Masters in Art History at Victoria University of Wellington, Courtney worked at numerous Wellington art galleries and museums as a visitor host, including at Te Papa just after its opening. She went on to roles at City Gallery Wellington, National Library of New Zealand, and as general manager at web agency Boost New Media. From 2012 to 2018, Courtney was Director of The Dowse Art Museum and Petone Settlers Museum Te Whare Whaakaro o Pito-one.

In September 2018 Courtney re-joined Te Papa as Director Audience and Insight, leading the teams responsible for the museum’s audience-facing work, across physical and digital channels, including oversight of the museum’s exhibitions, public events and digital outreach, alongside audience research, marketing and communications, and Te Papa’s learning programmes.

Courtney is a trustee of Arts Wellington, the Wellington Performing Arts Trust and The Pantograph Punch. She was the visual arts commentator for RNZ’s Nine to Noon programme from 2010 to 2019. She is a past chair of Museums Aotearoa and has also held a range of governance and advisory roles with the National Digital Forum, Tohatoha (Creative Commons Aotearoa New Zealand), Inland Revenue, and MBIE.

Read speeches given by Courtney 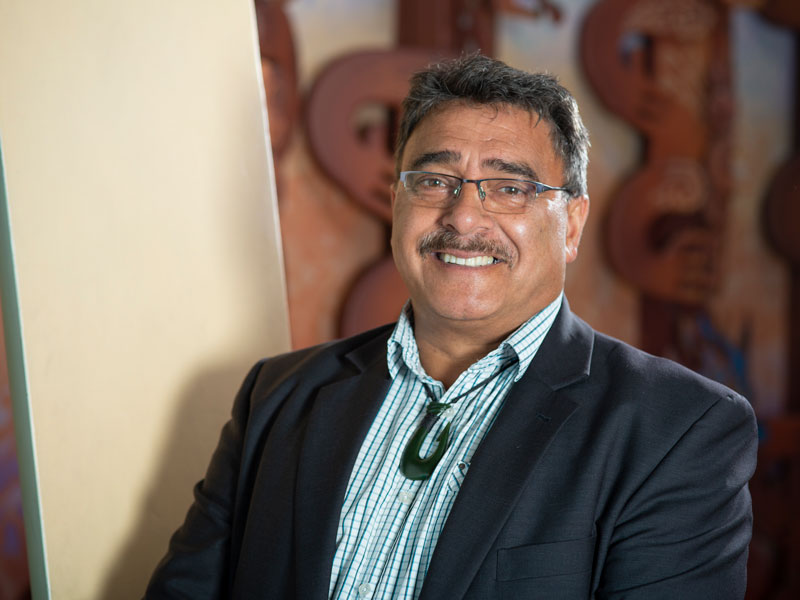 His leadership encompasses the Iwi Relationship Programme, the Karanga Aotearoa Repatriation Programme, iwi in residence, and the Rongomaraeroa marae

maraecommunal meeting placeMāori | noun. His position and area of responsibility help to affirm the bicultural foundation of Te Papa and its significance within the museum sector and New Zealand.

Arapata brings more than 20 years of museum sector experience to this role. He was employed by the National Museum and Australian Museum in 1989 as a trainee exhibition curator for the Toi Māori exhibition. His responsibilities and roles progressed to Curator Māori Collections, Exhibition Concept Developer, and then Manager for Bicultural Operations in 2000.

During his time as Director Mātauranga Māori in 2003–8 (and Acting Kaihautū from 2007–8), he guided the direction of research into the Māori collections and the associated policies and practices surrounding Taonga Māori.

Arapata has been involved in the repatriation of Māori and Moriori kōiwi tangata over many years including from the Australian Museum, Sydney, Field Museum, Chicago, Glasgow University, Edinburgh University, the Royal Scottish Museums and many other museums in the United Kingdom.

He is currently leading a world-wide research project to identify and create a global digital database of Taonga Māori and Moriori in museums and galleries. The aim is to facilitate the ‘digital repatriation’ of these taonga.

His curatorial expertise, understanding of taonga, and ongoing contribution and commitment to Te Papa will be invaluable in leading the Museum towards achieving its Vision. 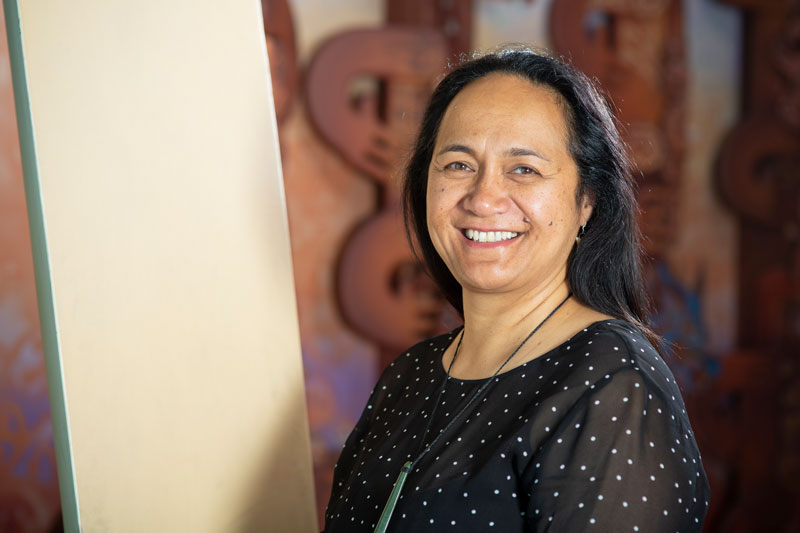 It achieves this by:

Along with the Kaihautū, Ngā Manu Atarau provides strategic leadership for partnerships with tangata whenua and contributes to the ongoing life and day-to-day culture of the museum. 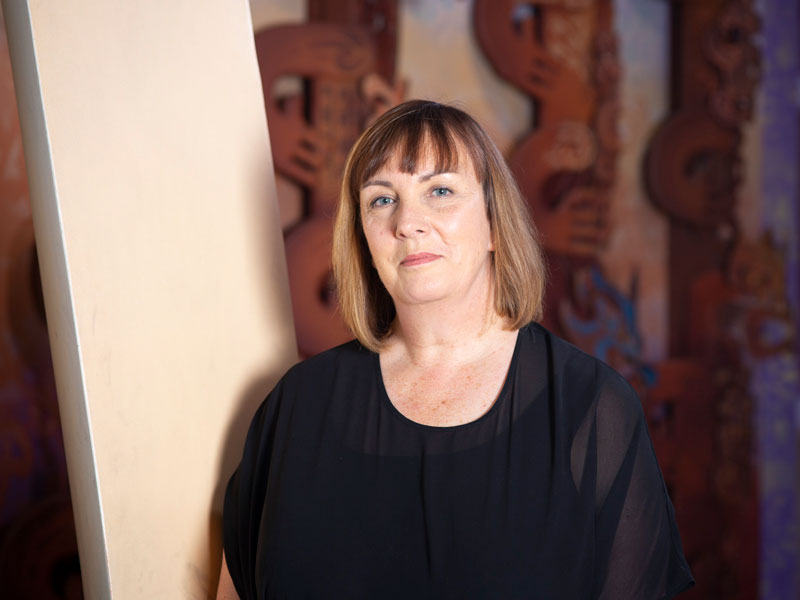 Lisa leads the team responsible for:

Lisa’s experience is mainly in the commercial end of the public sector in executive management, consulting, and governance roles.

Her most recent role prior to Te Papa was as an independent consultant, leading significant projects including finance function improvement, cross-government procurement, strategy execution, and the development of shared services models. Lisa has also held executive roles at Housing New Zealand and Standards New Zealand, chaired the Audit and Risk committee at Te Wananga o Aotearoa, and held senior consulting roles at EY and Arthur Andersen. 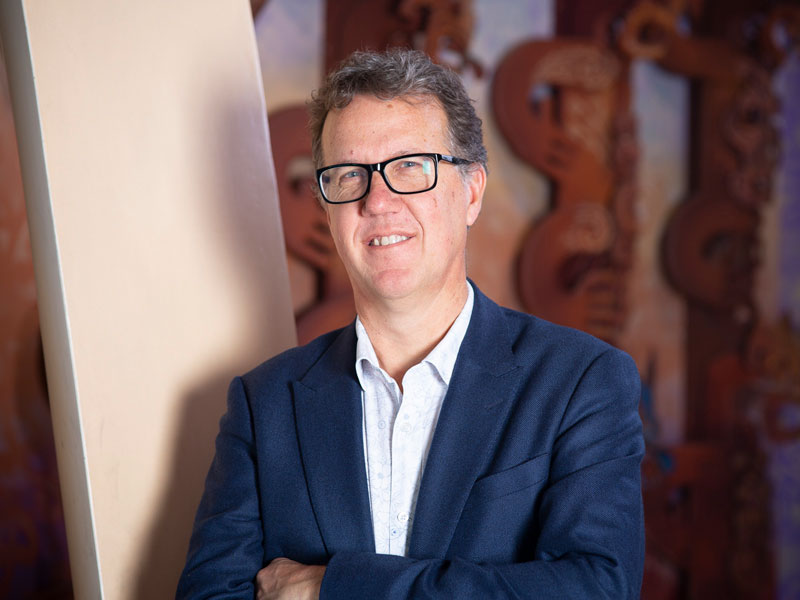 A graduate of Michigan State University (Ph.D. Physical Chemistry), he spent ten years at the Jet Propulsion Laboratory working in the field of Atmospheric Research before being appointed to NASA Headquarters as Co-Program Manager for the Upper Atmosphere Research Program (UARP).

Since then he has worked for Antarctica New Zealand and National Technology Networks, and managed the Marsden Fund (the fundamental research fund for the New Zealand government), the James Cook Fellowships, and the Rutherford Discovery Fellowships, before joining Te Papa in 2016.

Dean and his team look after Te Papa’s collections, and share them with the public, ensuring as many people as possible can appreciate and learn from these national treasures. Covering natural sciences, art, and New Zealand and Pacific cultures, activities in the group include curatorial research, collection management and development, and exhibition development. 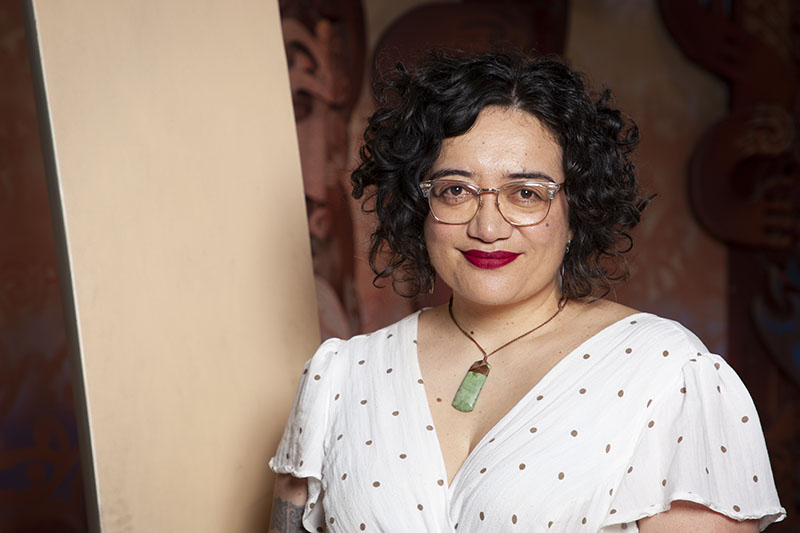 Puawai leads the Audience and Insight Directorate which develops and applies audience-centric strategy, standards, and solutions to the design and delivery of exceptional experiences for our visitors. Functions such as audience analysis and insight, programme management, evaluation, marketing, brand, content, experience design, learning, and public programmes are brought together to help our people create and operate visitor-facing activities that maximise the value, reach, and impact of our offering.

As well as the role of Te Papa’s Head of Mātauranga Māori which she has held most recently, Puawai has broad experience in the museum sector, including in concept development, exhibition development, curation, and working with communities. Her strength in supporting bicultural and Māori practices is highly valued at a time when Te Papa is reaffirming its commitment to mana taonga. 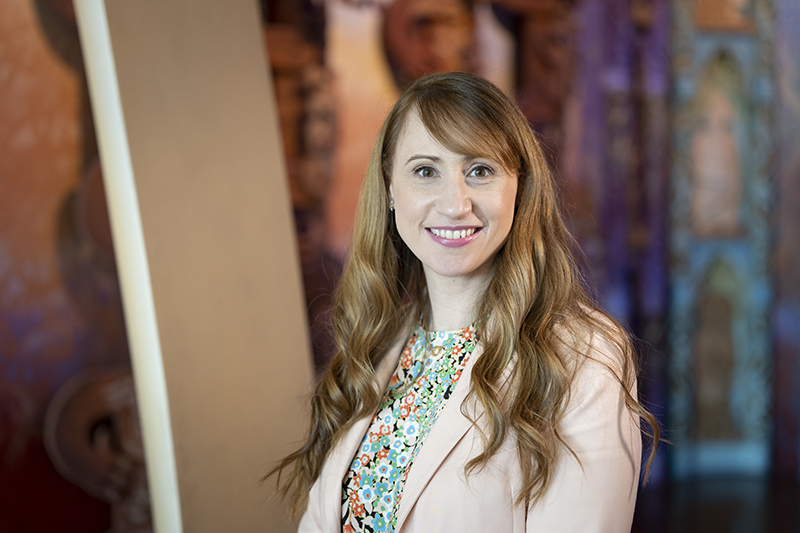 Devorah leads the Partnerships and Development Directorate, responsible for Te Papa’s work across partnerships, sponsorships, funds development, philanthropy, and international and domestic touring exhibitions. Devorah brings 20 years of government policy and commercial experience to Te Papa. Her most recent role was based in Dubai, the United Arab Emirates, leading New Zealand’s programming and entertainment, logistics and protocol, commercial partnerships/sponsorship, and cross-government leverage at the 2020 World Expo.

Prior to working in Dubai, Devorah managed the New Zealand Major Events unit within the Ministry of Business, Innovation and Employment (MBIE), responsible for advising the Government on investment in, and leverage of, internationally significant sporting and cultural events. During this time, Devorah was a founding Steering Group Member and Trustee of the International Association of Events Hosts, an organisation established to enable representatives of international event destinations to collaborate to generate the best possible value from hosting major sporting and cultural events.

Earlier in Devorah’s career, she held multiple senior roles specialising in economic development policy and strategy, including a stint in the Beehive as a tourism policy advisor to the New Zealand Prime Minister, the Rt Hon, Sir John Key.