Why is repatriation important?

Repatriation is becoming an integral part of museology in Aotearoa New Zealand.

Its importance is also growing internationally due to the work of indigenous peoples and those who support the return of kōiwi tūpuna kōiwi tūpunaancestral remainsMāori | noun back to their people.

“The repatriation of kōiwi tangata in 2009 has had a significant impact on the Rangitāne people of the Wairau. It has presented the tribe with an opportunity to address a grievance that multiple generations have carried”

The return of ancestral remains back to iwi, hapū, and other source communities is important because it reconnects the tūpuna

tūpunaancestorsMāori | noun with their descendants, the past with the present.

The removal of tūpuna from their resting places severs these important connections, not only to their descendants but also to the whenua 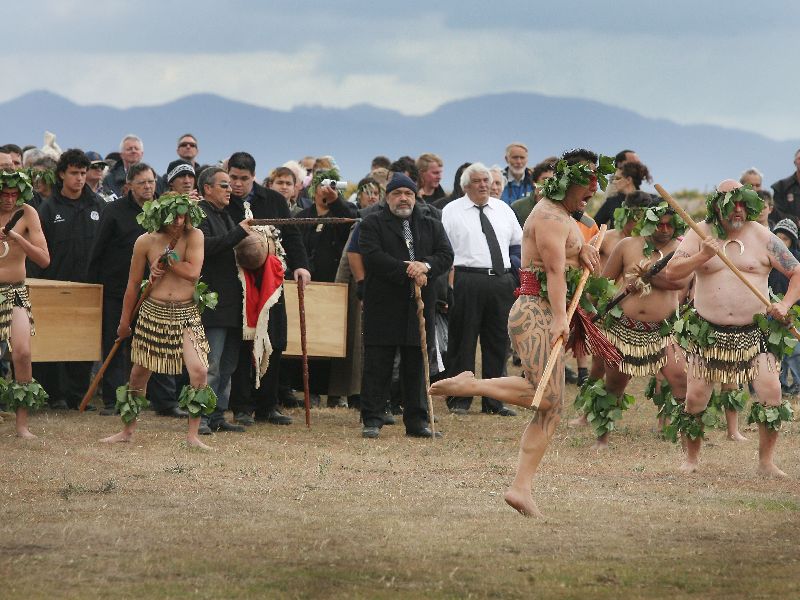 Rangitane iwi carry the 700-year-old bones of their 60 ancestors back to three burial sites on the Wairau Bar yesterday, after waiting 70 years for their return from Canterbury Museum. The burial ended a three-day journey for the iwi, many of whom have travelled from around New Zealand and Australia for the event. Courtesy of Stuff Ltd.

Repatriation is about restoring dignity and making right the wrongs of the past. It is also about museums (and other institutions) apologising for their involvement in the removal, collection, and detainment of ancestors without consent.

It is about apologising for the unsolicited study of ancestral remains without the permission of or consultation with source communities.

Repatriation is important as it shows respect for the dead, for cultural beliefs, and for the hurt that has been caused to source communities as a result of the development of science and museum collections.

This may be hard for some, to think about aspects of human dignity, unethical practices, and theft when looking at our collections, but as is widely known, great lengths were gone to in developing vast collections in the pursuit of western scientific knowledge.

How is repatriation acknowledged in Aotearoa New Zealand?

There were dark days when these tūpuna were traded, collected, and stolen, but today we have the opportunity to put right the mistakes of the past.

In Aotearoa New Zealand the importance of repatriation is acknowledged in a number of ways. First, this is through a Government policy that was decided in 2003. The policy mandated ‘Te Papa as the Crown’s agent to undertake the repatriation of kōiwi tangata Māori (Māori ancestral remains) from overseas institutions.’[4]

The policy states that this process began in 1998 through hui and policy proposals, and that the ‘return of kōiwi from overseas institutions is a significant issue for Māori who regard kōiwi as a taonga protected under the Treaty of Waitangi’[5].

Through the development of this policy, the Karanga Aotearoa Repatriation Programme was established in July 2002.

Based at Te Papa, the programme objectives are to aid in righting the wrongs of the past through proactively making contact with international institutions to request the return of Māori and Moriori ancestral remains, and then ensuring their return back to their descendants.

Government support and the success of the programme over the years is a major acknowledgement of the importance of this work.

We are the descendants of these people and we have a commitment and a responsibility to make sure they come home.

The Queen of England agrees to protect the chiefs, the subtribes and all the people of New Zealand in the unqualified exercise [te tino rangatiratanga] of their chieftainship over their lands, villages and all their treasures.[8]

Since the development of the Waitangi Tribunal in 1975, several iwi and hapū (such as Rangitāne o Wairau, Whangaroa Papa Hapū, and Te Rarawa) have included the return of tūpuna and associated burial taonga in their claims.

Museum policies also reflect the importance of repatriation. Though not all museums have policies that deal with repatriation or even hold human remains within their collections, some such as Tairāwhiti Museum and the Napier Museum (now the MTG) as early as the 1980s have been proactively engaging with iwi and hapū to ensure that all kōiwi tangata Māori are returned to their descendants.

Today, repatriation policies are far more common at museums that hold human remains, and the act of repatriation is becoming an integral part of museological practice in Aotearoa New Zealand.

Next: Historical context of collecting