Shearer’s singlet, gumboots, shorts, floppy hat – who else could this outfit belong to but Fred Dagg? See the iconic outfit created by comedian John Clarke.

Dagg was created by comedian John Clarke (1948-2017) and first appeared on television in 1973. This typical farming bloke seemed simple, but had a smart, surreal take on Kiwi culture and politics.

Dagg’s legendary sketches both poked fun at New Zealanders and made us proud. In the words of his famous song: ‘We don’t know how lucky we are.’ 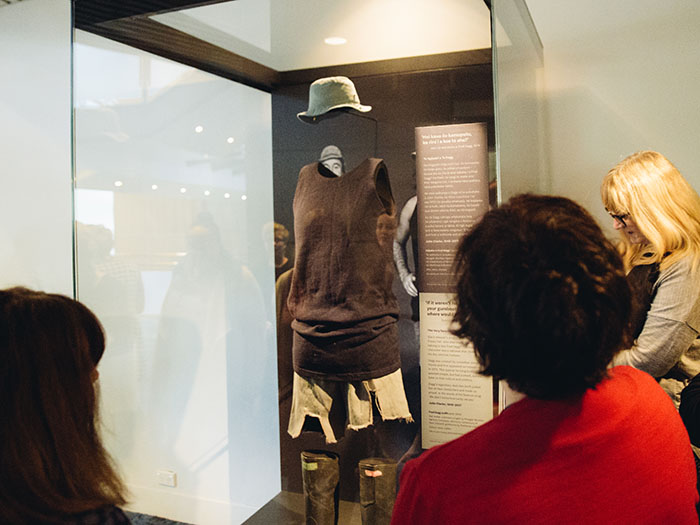 Take a trip down memory lane with some of Fred Dagg’s finest moments, courtesy of NZ On Screen:

Face to Face with Kim Hill interview with John Clarke, 2004