An illustrated history of protest and activism in Aotearoa New Zealand. 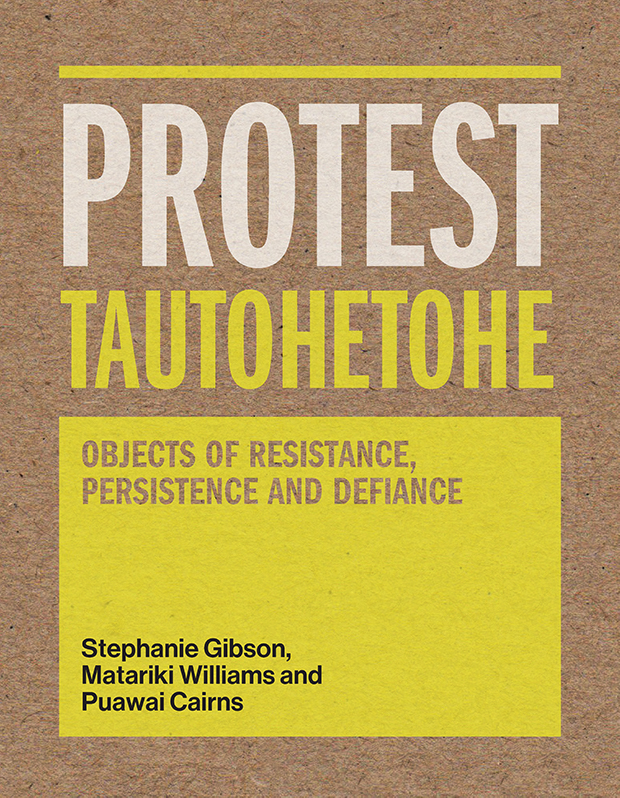 For a small, peaceful democracy in the South Pacific, New Zealand has had its fair share of major protest issues, and over the decades New Zealanders have become adept at mobilising around causes. From protest about war – be it the New Zealand Wars, the Great War, the Vietnam War or the invasion of Iraq – to trade union action, protests against apartheid and nuclear ship visits, protest for the rights of women and LGBTQI people, protests for better race relations and to protect the environment, and protest to save key services and protect heritage, Aotearoa New Zealand has a long legacy of activism. This richly illustrated book brings together the objects made by protesters to proclaim and symbolise their causes and their struggles. From banners to badges, t-shirts to teatowels, posters to photographs, it is a vivid reflection of 250 years of resistance and persistence.

Look inside Protest Tautohetohe: Objects of Resistance, Persistence and Defiance

Protest Tautohetohe on Villainesse "This new book from Te Papa press includes hundreds of objects that have stories that are sad, funny, and inspiring. Reading about social movements is one thing, but seeing the physical evidence of another time, another set of concerns, and the material culture that people produced to get their voices heard is something else.”

Protest Tautohetohe on The Spinoff "A collection of objects become the markers of every movement, and Stephanie Gibson, Matariki Williams and Puawai Cairns have collated some of the most important, most beautiful and most confronting of these into Protest Tautohetohe, an illustrated history of protest and activism in Aotearoa.”

Protest Tautohetohe in the New Zealand Herald "Protest Tautohetohe is a book for those who were there, those who are now and everyone who might want to understand it. It’s not a straight history, but a record of movements and events told through the presentation of “objects”: the posters, banners, T-shirts and badges, flags, photos and the other paraphernalia of protest that has somehow ended up in the collections off museums.”

Stephanie Gibson is Curator Contemporary Life & Culture at the Museum of New Zealand Te Papa Tongarewa. She is researching the material and visual culture of protest, conflict and reform, as well as everyday life in Aotearoa New Zealand. Her continuing museological research focuses on museums and community participation.

Matariki WIlliams is Curator Mātauranga Māori at the Museum of New Zealand Te Papa Tongarewa. She has a broad interest in the intersections within te ao Māori and how this contributes to a diverse contemporary Māori society. Her research interests include contemporary social history, art, and digital expressions of self and culture. Matariki is a Kāhui Kaitiaki representative on the Museums Aotearoa Board and also serves on the board of the National Digital Forum. Iwi affiliation: Tūhoe, Te Atiawa, Ngāti Whakaue, Ngāti Hauiti.

Puawai Cairns is Kaihāpai Mātauranga Māori, the Head of Mātauranga Māori at the Museum of New Zealand Te Papa Tongarewa. She specialises in contemporary social history research and collecting to reflect the stories of Māori communities. Puawai is presently exploring what the concept mana motuhake looks like in museology and exhibition making, and is especially interested in indigenising museum practice. Iwi affiliation: Ngāti Pūkenga, Ngāti Ranginui, Ngāi Te Rangi.