From art-house flicks to Oscar-winning epics, the obscure to the iconic, Broken Barrier to Braindead to Boy – it’s all here. 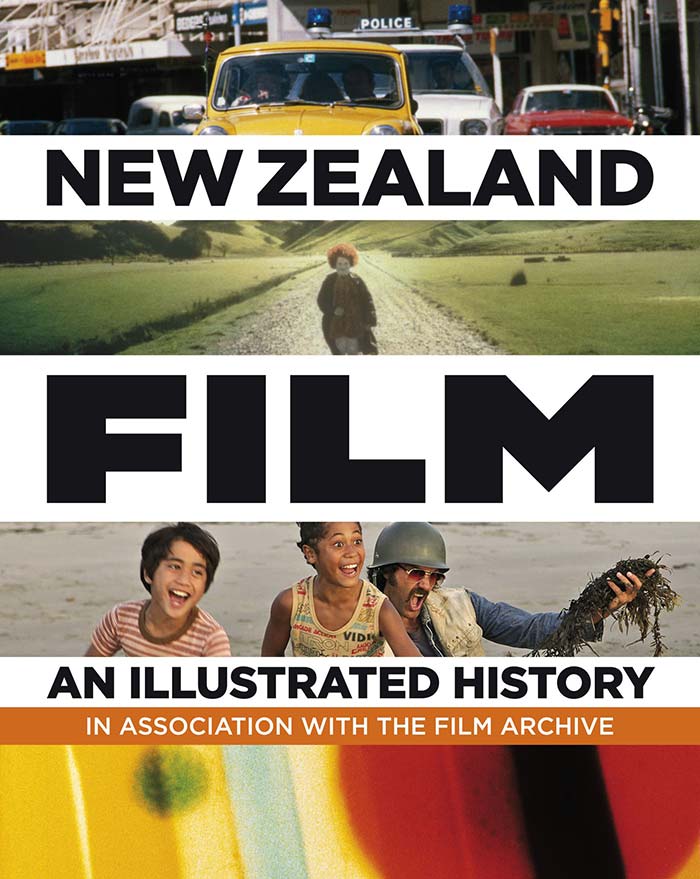 Both entertaining and enlightening, this momentous publication is the first to tell the complete story of New Zealand film. From art-house flicks to Oscar-winning epics, the obscure to the iconic, Broken Barrier to Braindead to Boy – it’s all here.

New Zealand Film is an essential reference tool for film buffs and students alike. It features contributions from 24 top film professionals and historians, and covers developments from the times of pioneer Rudall Hayward to Peter Jackson. It is lavishly illustrated with hundreds of images from the Film Archive and beyond, many of them never seen before, and includes a DVD of important films from our history.

Look inside the book

'Brilliantly illustrated, evocative, and informative, New Zealand Film gives glimpses into the history of movie story telling here, from its bumpy birth to its current vitality, tracing political, commercial, and social strands within this most creative of industries.'
– Vincent Ward

'Where other publications focused on specific topics, decades or the century milestone, this covers the entire span.'
– The Listener, 100 Best Books 2011

'Roger Horrocks’s introduction usefully discusses the beginnings of this arc in the context of the cultural nationalism that shaped much of the arts here, then divides it convincingly into three waves … which are then teased out in the ensuing chapters, aided by well-matched illustrations ... For the coming generation of film-makers grappling wth a post-review environment, this is an essential resource for understanding the big picure they’re getting themselves into.'
– Helene Wong, The Listener, August 2011

'Publishers have been kind to Kiwi film history buffs in recent years … But New Zealand Film: An Illustrated History easily outweighs the other books, both literally and metaphorically ... This new book typefies the big, beautiful illustrated cultural histories that Te Papa Press does so well. Sturdily bound and printed on heavy-grade paper, its 350 pages offer the browser tactile delights that no e-reader can match. Colour photographs … ensure a comprehensive coverage while stimulating the senses ... The editing quality of this book impresses, achieving a consistency of tone while balancing scholarly research and analysis with good plain English.'
– Otago Daily Times, August 2011

'For me the most delightful thing about the chapters dealing with the first 40 years … were the facts and stories about New Zealanders as moviegoers: what kinds of folks went to the pictures, how often, and what they wanted to watch ... I came away from the book with a head stuffed full of great images, and … an urge to chase up and watch again (or for the first time) many of the films written about.'
– Elizabeth Knox, Metro, August 2011

'It is rare to find a non-fiction book that offers such a fascinating and comprehensive view of its subject … [it] rewards reading from cover to cover.'
– Paul Wolffram, New Zealand Books, March 2012