Past exhibitions that opened in 2006 – from Egypt: Beyond the tomb to Annie Bonza: Fashion explosion.

Drawn from Italy: Mantegna to Kauffmann

This selection of drawings and prints from Te Papa’s collection illustrated the influence of Italian ideas about art and artists that spread throughout Europe from the time of the Renaissance. Drawn from Italy features works dating from the late 15th century to the late 18th century. They were created by artists who were Italian, worked in Italy, or derived their subjects from Italian sources.

Italy in the 15th century was the source of a major shift in thinking about art and the status of the artist. Art moved from illustrating abstract religious ideas to describing the real world. The role of the artist changed from that of an anonymous craftsman to a named individual.

Drawing became an essential part of developing images during the Renaissance period. Drawings themselves became valued as representing the visible thoughts of the artist in producing a finished work of art, and were avidly collected.

Making prints from engravings and etchings was another 15th-century development. These processes enabled artists to run off large editions of a single image, giving them an easily marketable product. For example, the engravings of Andrea Mantegna were a primary vehicle for the spread of Renaissance ideas throughout Europe. 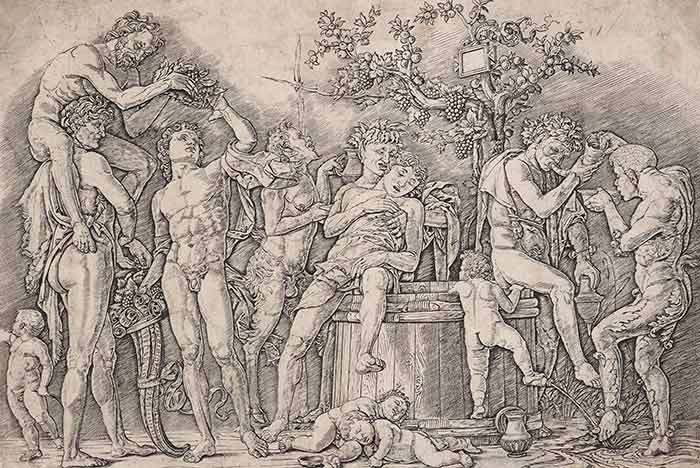 Cézanne to Picasso: Paintings from the Julian and Josie Robertson Collection, New York

The 14 works from the Robertsons’ art collection represented many of the major phases of modern painting between 1875 and 1950, in effect documenting the movement of art from impressionism to abstractionism. They illustrated the role of Paris as a powerhouse of modern art movements, as nearly all of the artists were active in Paris at some stage during their working lives.

Exceptional individual works were displayed from artists including Georges Braque, Emil Nolde, Odilon Redon, and Henri Fantin-Latour. The fauves make their presence felt in a particularly impressive group of art works. The great attraction of the selection was as a sample of excellent and typical works by some of the most famous painters in the history of modern art. The works also ranged across genres – landscape, still life, nude, and marine.

John Constable (1776–1837) was one of the greatest English landscape painters. He once said he aspired for a ‘pure and unaffected representation’ of nature in his works. This breathtaking exhibition offered a once-in-a-lifetime opportunity to see works by this remarkable artist. It featured more than 100 drawings, watercolours, oil paintings, and engravings – works that became the benchmark for naturalist painters in 19th-century Europe, particularly France.

Constable’s subjects were connected to places he knew intimately. His rapid, on-the-spot sketches brought new vitality to the observation of nature. The exhibition focused on his favourite themes – including Flatford Lock, Salisbury Cathedral, and clouds. It also explored his debt to earlier artists, such as Claude Lorrain, and the relationship between his oil works and their counterpart engravings.

Alongside these treasures were numerous other fascinating objects, ranging from stone-age tools to one of Japan’s finest samurai swords and exquisite woodblock prints from the 19th century.

Together, the objects offered a taste of Japan’s rich artistic achievement and cultural heritage. Important influences on Japanese culture were explored – including its rulers, religions, and relationship with the outside world over time.

Mō tātou, ā, mō kā uri, ā muri ake nei. For us and our children after us.

Ngāi Tahu Whānui, the people of the South Island, invited visitors to celebrate their past and present, learn about their values, and share their vision for the future in the 5th iwiiwi tribal exhibition at Te Papa.

Ngāi Tahu means ‘people of Tahu’. The iwi is named after its founder, Tahu Potiki. Around 10 generations ago, his descendants migrated from the North Island of New Zealand to the South Island. Through intermarriage and conquest, these original migrants merged with the resident Waitaha and Kāti Māmoe iwi to form Ngāi Tahu Whānui as it is today.

Embedded in the land, Ngāi Tahu Whānui have survived and progressed from near-decimation to tribal autonomy and self-reliance. Four cultural values, drawn from the iwi saying ‘Mō tātou, ā, mō kā uri ā muri ake nei. For us and our children after us’, were the organising principles for this exhibition and reflected the contemporary understanding of their past and their future. They are:

From their creation story and their most important taongataonga treasures to their representation on the world art stage, the South Island’s Ngāi Tahu people celebrated their distinct and dynamic culture in Mō Tātou.

This selection from Te Papa’s collection of watercolours was drawn from the period when watercolour painting became established in England and reached its greatest sophistication in the genre of landscape painting.

English artists began to look at their own environment with new eyes. With better roads and communications, the development of tourism in England extended the horizons of traveller and artist alike. Formerly inaccessible regions such as Wales and the Lake District became increasingly common destinations for sketching tours, when nature was viewed in its wild and uncultivated state.

Advances in the methods of watercolour preparation, such as premixed paints, meant that materials could be carried and sketches painted on the spot. These and other developments led to a craze for painting the landscape amongst professional and amateur artists.

The art works in Painting the View were drawn from the gift of Archdeacon F H D Smythe and from works purchased in the 1950s with Sir Harold Beauchamp funds.

Annie Bonza wowed the New Zealand fashion scene with her vibrant and offbeat design style for more than 50 years. This exhibition featured a striking selection of Annie’s works, revealing the hallmarks of that style – a spectacular sense of colour and a love of surface embellishment.

The fashion-conscious of the late 1960s and early 1970s knew the Bonza style well. Annie was a pioneer of boutique fashion. Her funky Auckland stores attracted much attention and led to various commissions for television. 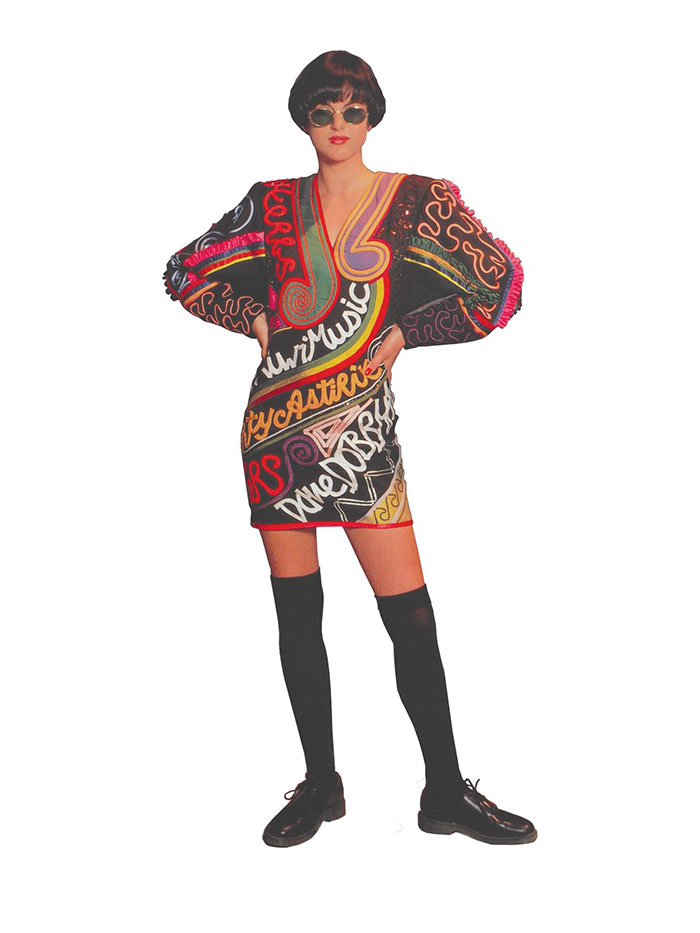 Egypt: Beyond the tomb

The mysteries of ancient Egypt have intrigued young and old since the first discoveries of this fascinating civilisation. Egypt: Beyond the tomb brought the ancient Egyptian world of the dead to life at Te Papa.

Featured in this exhibition were the 2,700-year-old mummy of Keku and her intricately decorated sarcophagus (coffin) – plus over 200 other Ancient Egyptian burial treasures. This exhibition was developed by the Australian Museum and the Netherlands’ National Museum of Antiquities.

The Lord of the Rings Motion Picture Trilogy: The Exhibition

This exhibition, presented by Te Papa in association with New Line Cinema, offered visitors the opportunity to discover the amazing secrets behind the Lord of the Rings movies.

The exhibition was both interactive and immersive. It gave visitors a unique opportunity to explore the fantastic world created for the film trilogy and the ground-breaking technology behind the movies.

Visitors were transported to Middle-earth, where they could step into the colourful, imaginative world of hobbits, wizards, kings, and warriors. The exhibition featured hundreds of objects from the epic film trilogy, including original costumes, armour, weapons, jewellery, and miniatures.

Immersed in these objects, visitors could explore the ground-breaking technology used in the films, such as computer-generated special effects and animatronics. They could also watch exclusive behind-the-scenes interviews with the cast, crew, and director.

Developed and presented by the Museum of New Zealand Te Papa Tongarewa in partnership with New Line Cinema.