Richard Hall, President of the Phoenix Astronomical Society, and Vice President Ian Cooper explain when we can see the star Puanga and why it’s linked to Matariki.

A ‘quirk of latitude’ has led to Puanga being recognised by some iwi as the harbinger of the Māori New Year instead of Matariki.

In the far north, Matariki and Puanga rise at the same time, says Ian Cooper.

‘However, because Puanga is a star of the first magnitude and Matariki is a cluster of stars of the sixth magnitude and fainter, it’s far easier to see Puanga in bright twilight than Matariki,’ he says. ‘Because Puanga is clearer in the north, this must be why iwi chose to use this star to celebrate the arrival of the New Year.

‘As we travel ever further southwards Puanga rises earlier and earlier than Matariki. By the time you get to Southland, Puanga rises 45 minutes before Matariki does.’ 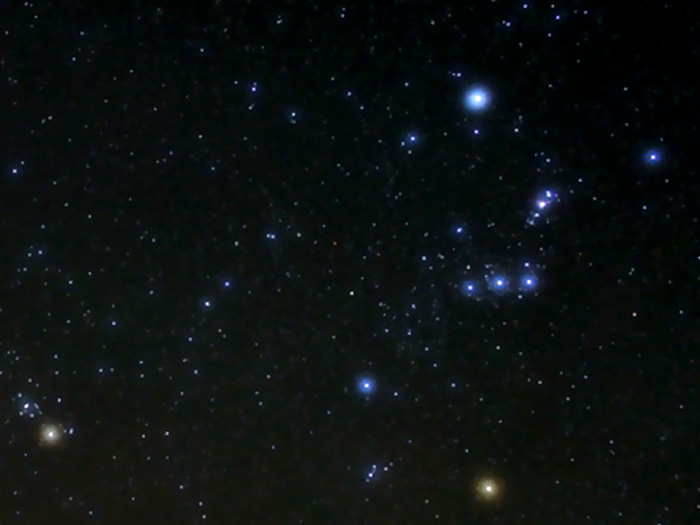 Puanga in the night sky (the brightest star in the photograph). Phoenix Astronomical Society

Richard Hall adds: ‘From here at Stonehenge Aotearoa when we detect Puanga we know that Matariki will be rising in about 30 minutes. So Puanga is the herald of Matariki, and Matariki is the herald of the New Year.’

Mr. Cooper also notes that ‘it’s said that Puanga is celebrated in the Whanganui River valley because mountains block the view toward Matariki in the north east but the valley opens up enough to more easily show Puanga.’

The location of Puanga in the mid-winter sky. From Work of the Gods by Kay Leather and Richard Hall

While Matariki is part of the Maramataka, or Māori calendar, using the star cluster to signify the new year isn’t exclusively a Pacific tradition, says Mr. Hall.

‘Using Matariki – also known as the Pleiades, the Seven Sisters, and the Kritika – as herald of the new year is an ancient tradition that originated in Asia and Europe thousands of years ago before the migrations into the Pacific began.’