See the original Treaty of Waitangi in the He Tohu exhibition at National Library, corner Molesworth and Aitken Streets.

Discover the Treaty of Waitangi

The Treaty of Waitangi is the founding document of modern Aotearoa New Zealand. It was signed in 1840 by representatives of the British Crown and more than 500 Māori chiefs. In this exhibition, you’ll discover how the Treaty has shaped relationships between the peoples of this nation.

A chief’s flag and other treasures

At the far end of this exhibition space, you’ll find taonga

taongatreasuresMāori | Noun belonging to four influential Māori chiefs who signed the Treaty: Pūmuka, Mohi Tāwhai, Patuone, and Wāka Nene. These precious objects tell personal stories of hope, conflict, and cooperation – at the Treaty signing itself in 1840, and in the tumultuous decades that followed. 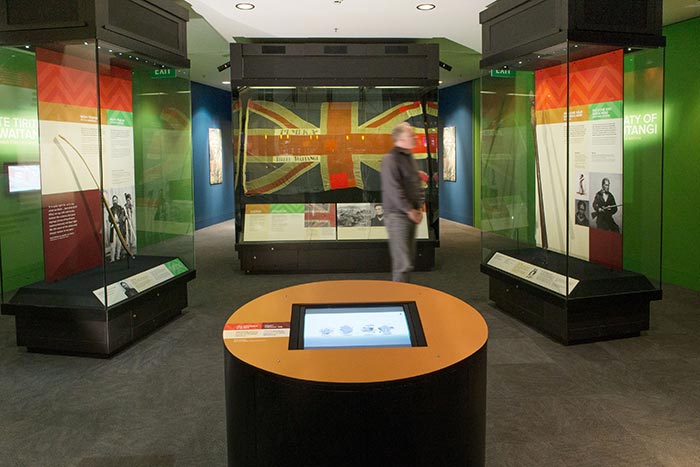 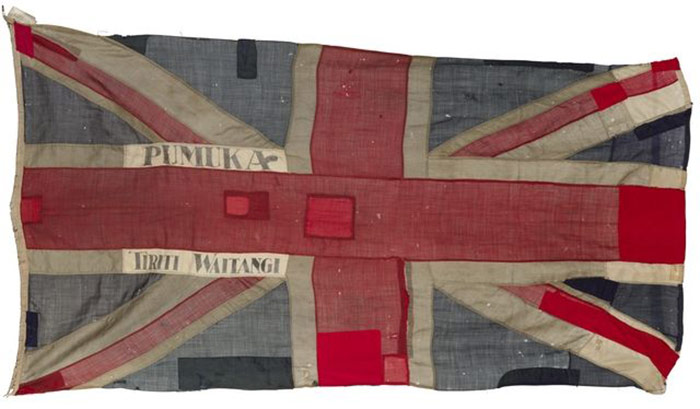