The Treaty of Waitangi trail

rangatirachiefsMāori | Noun signed the Treaty at Waitangi, among them many who had signed the Declaration of Independence. Their agreement was important, but Hobson wanted a lot more signatures so he could confidently claim British sovereignty over New Zealand.

To get those signatures, he took the Treaty on the road.

First to the north

Hobson headed to Hokianga, where most of the rangatira were experienced at negotiating business agreements with timber traders and settlers. Many there were suspicious of Hobson and his Treaty.

Some were concerned about how the Treaty would affect trade and commerce with settlers. Others, like Te Taonui, had visited Sydney and seen how badly the Aborigines fared from British treatment. But, after much debate, many Hokianga rangatira signed. And over the following months other rangatira in the Bay of Islands and at Kaitaia signed.

Then to the south

Hobson now travelled south. However, in March he had a stroke at Waitemata Harbour and returned to the north to recover.

One of his officials, two army men, and several missionaries now took over the task of getting signatures. Several copies of the Treaty were written out. Each negotiator took a different copy, and a different path. Some rangatira signed quickly, others took a while to be convinced, and a number refused to sign.

Rangi Topeora, who signed the Treaty at Kapiti in May 1840, was one of around twelve women to sign. The British missionaries circulating the Treaty accepted some senior women's signatures, including Ereonora at Kaitaia and Ana Hamu at the Bay of Islands.

Taraia Ngakuti Te Tumuhuia, a Ngāti Tamaterā leader in the Thames area, was one of several rangatira who declined to sign the Treaty. Others included Ngāi Te Rangi leader Tupaea of Tauranga, Te Wherowhero of Waikato-Tainui, and Mananui Te Heuheu of Ngāti Tūwharetoa. Some were not prepared to compromise their independence, while others could see no benefit in the Treaty. 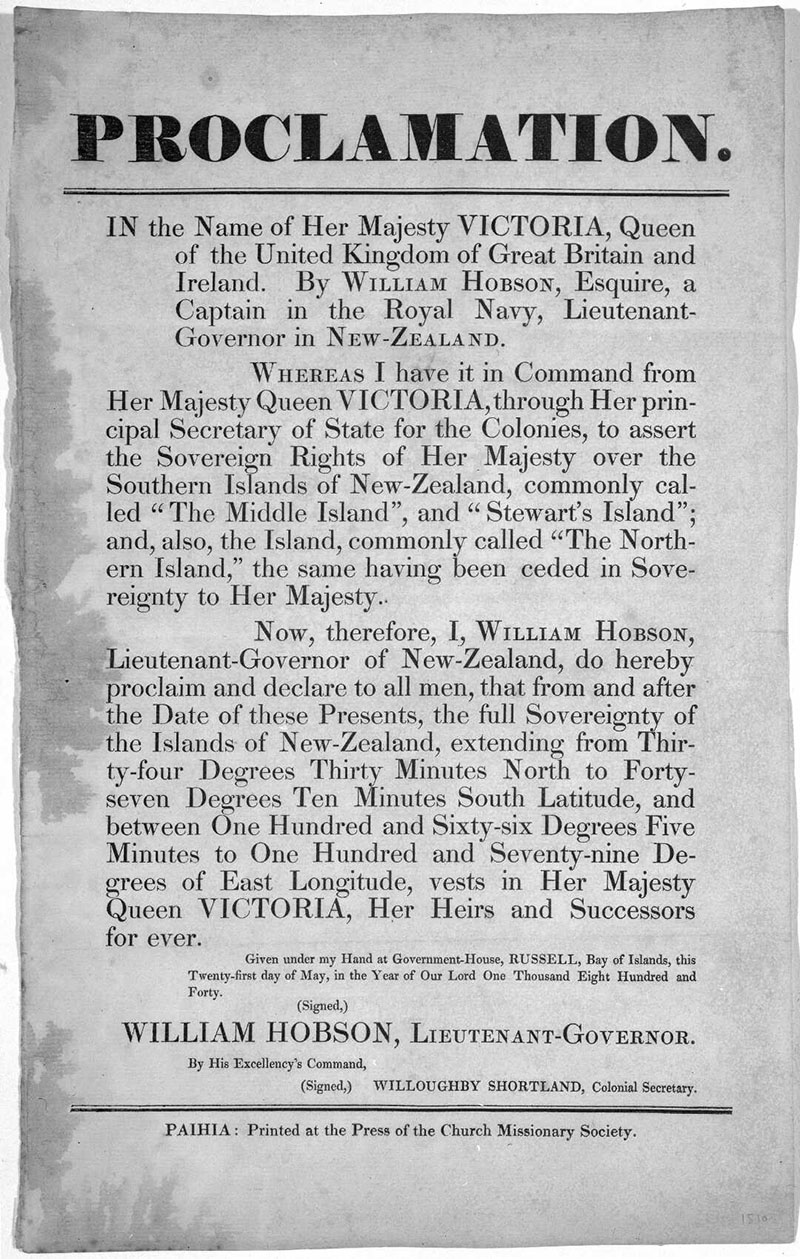 Text of the proclamation

While the Treaty was still making the rounds of the country, the newly arrived English settlers at Port Nicholson – today Wellington – started setting up their own, unauthorised government.

William Hobson, the only person with the right to set up a British colony in New Zealand, was alarmed. As Lieutenant Governor, he quickly proclaimed British sovereignty over the whole country in May.

That month, he sent Police Magistrate Willoughby Shortland to the Port Nicholson settlement to read the proclamation, and demand allegiance to the Crown. 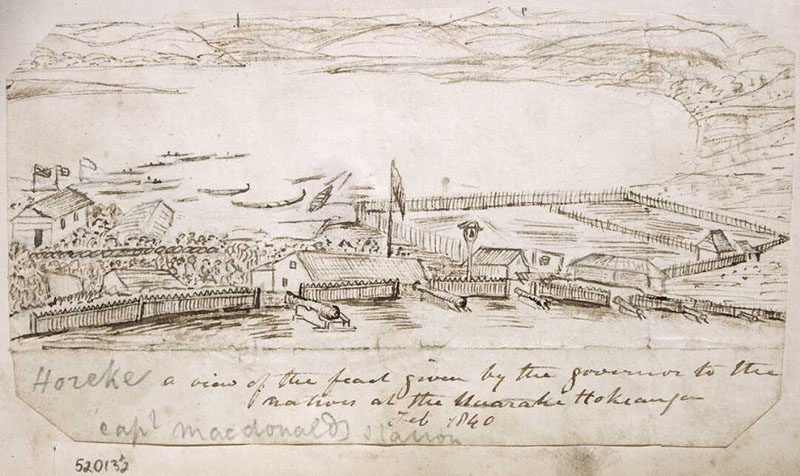 Richard Taylor, A view of the feast given by the Governor to the natives at the Huarake Hokianga Capt Macdonalds station Horeke, 1840, pencil and ink. Alexander Turnbull Library (E-296-Q-169-3)

Gifts given at Treaty signings in the Bay of Plenty

The end of the road 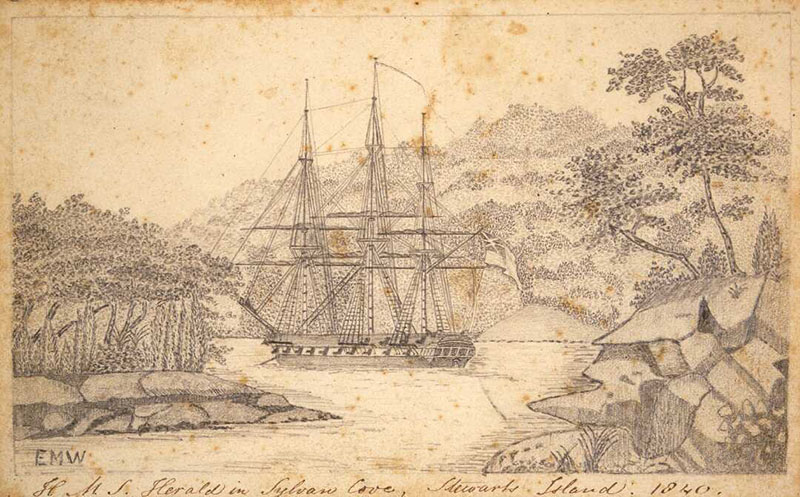 On 3 September 1840 near Kawhia, the last signature was put on a copy of the Treaty. Altogether, over 500 chiefs had signed. Hobson sent the British government copies of the Treaty in Māori and English.

Hobson did not have the signatures of every Māori leader in the country. While some had refused to sign, others hadn't even had the chance – the Treaty hadn't been taken to their region. Hobson, however, didn't draw attention to these shortcomings.