The making of the Treaty of Waitangi

The British government appointed William Hobson as consul to an independent New Zealand. It sent him here with one goal – to get Māori to sign over sovereignty of all or part of New Zealand to Britain. Hobson would then become lieutenant governor over those areas.

Hobson sailed into the Bay of Islands on Wednesday 29 January 1840. James Busby, British Resident, met him, and the two began planning a treaty that would carry out their government’s intentions. 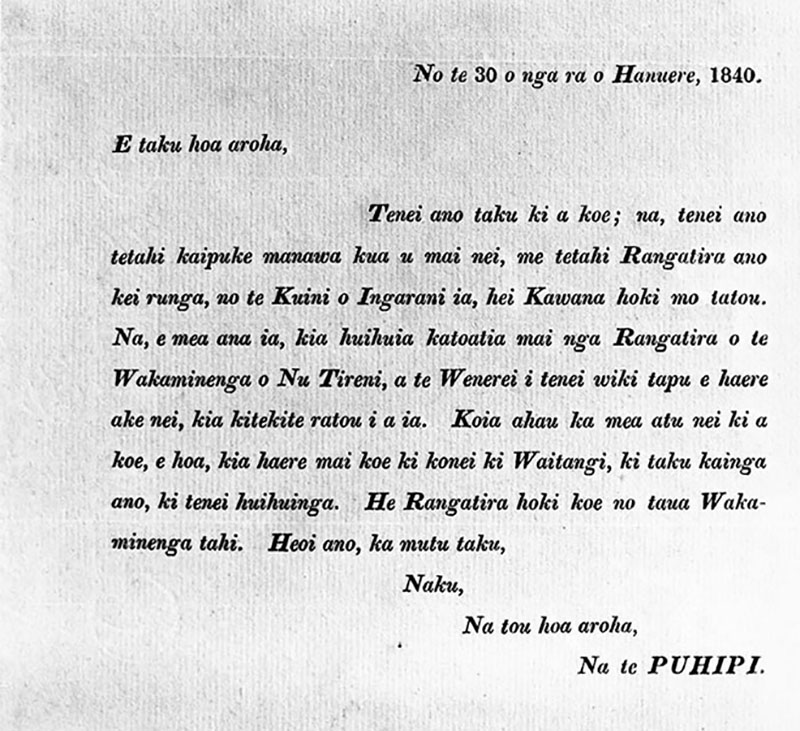 rangatirachiefsMāori | Noun to come to his house at Waitangi on 5 February. Meanwhile, Hobson, with no legal training, struggled to write the treaty he wanted the rangatira to sign.

Unimpressed with Hobson's efforts, Busby redrafted the treaty, adding an all-important promise – that Māori would retain possession of their lands, forests, fisheries, and other property.

Finally, the missionary Henry Williams translated the treaty into Māori. However, it wasn't an exact translation.

wakacanoesMāori | Noun streamed across the bay to Waitangi. Settler vessels joined them, flags flying. A marquee was set up on Busby’s lawn, while stalls sold refreshments – pork, bread, pies, ale, and spirits – to the gathering crowds. 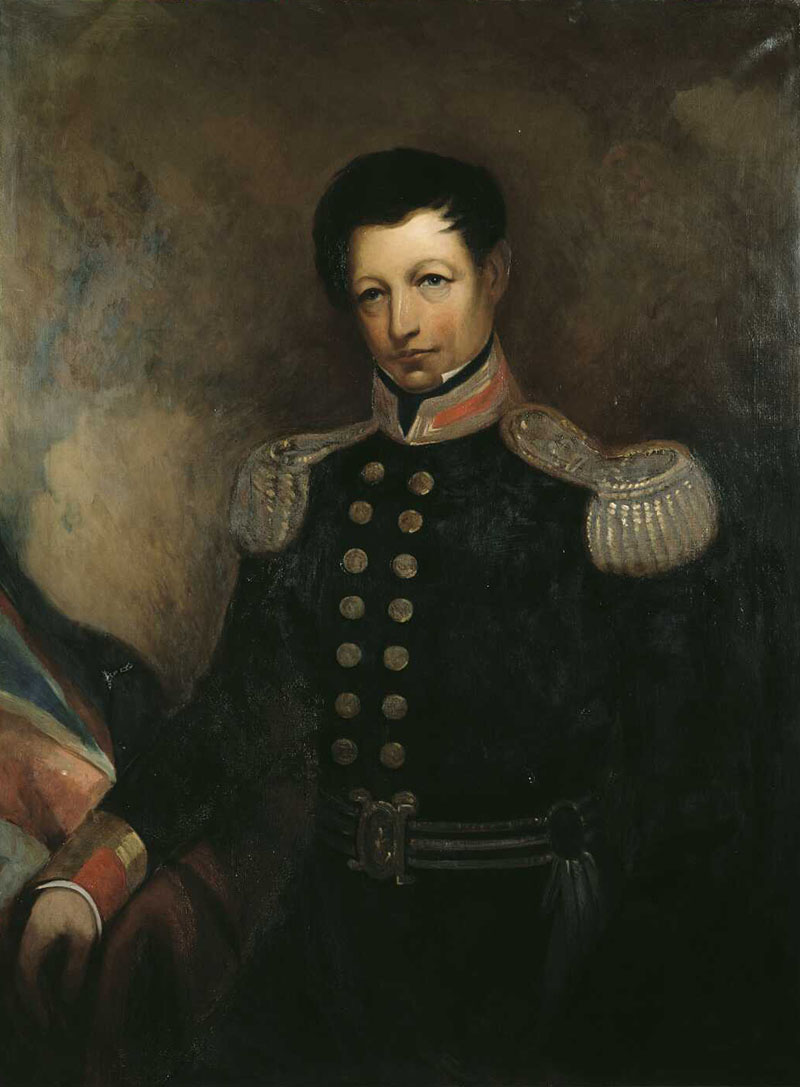 Hobson explained the Treaty and urged the rangatira to sign it. He stressed that it would give the British Queen the authority to control British subjects and protect Māori and their lands.

Throughout the day, the rangatira debated. Some saw the Treaty as the best way forward. Others said the Treaty was unnecessary. Still others thought it was dangerous. By nightfall no one had signed. The meeting was adjourned for two days.

The scene in the marquee 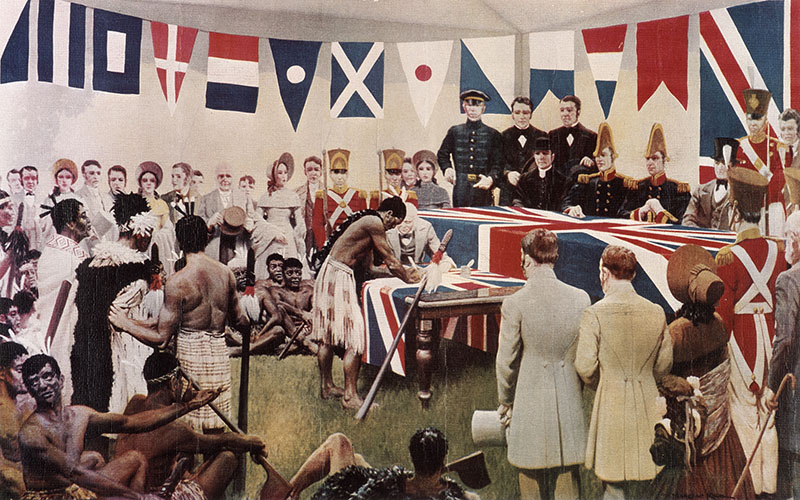 ‘In front of the platform ... were the principal ... chiefs ... some clothed with dog-skin mats made of ... stripes of black and white hair; others ... in ... new woollen cloaks ... of crimson, blue, brown, and plaid, and, indeed, of every shade of striking colour ... while some were dressed in plain European and some in common Native dresses ... here and there a ... taiaha ... was seen erected, adorned with the long flowing white hair of the tails of the New Zealand dog and crimson cloth and red feathers.’

– William Colenso, The Authentic and Genuine History of the Signing of the Treaty of Waitangi, Government Printer, Wellington, 1890 (reprinted Capper, 1971)

The words of the rangatira

‘Let the Governor return to his own country ... We are not whites, nor foreigners ... This country is ours ... we are the Governor – we, the chiefs of this our fathers’ land.’

– Rewa of Ngāi Tawake from Kororareka

‘O Governor! Remain for us – a father, a judge, a peacemaker.’

Māori groups camped nearby and continued talking into the night. No one knows just what was said, but by morning most rangatira had decided they should sign the Treaty after all. And they didn’t want to wait until the meeting was reconvened in a day’s time.

Caught by surprise, Hobson said he could not discuss the Treaty that day, but would accept signatures. Over forty rangatira signed with their names, mark, or moko 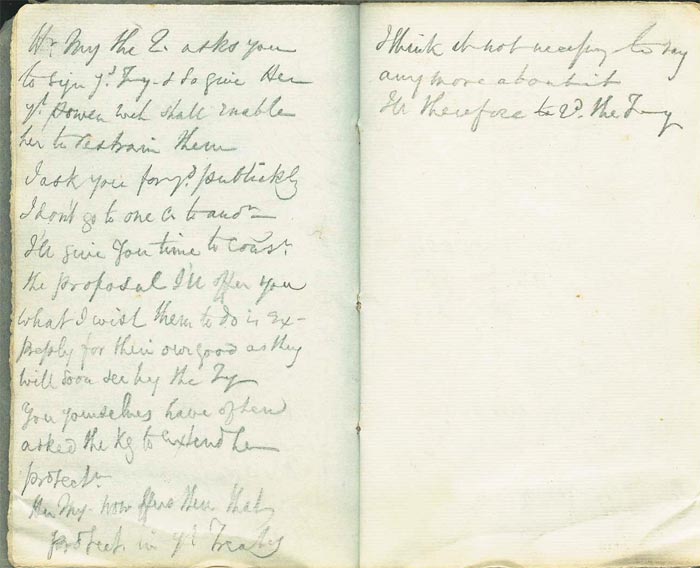 Felton Mathew, Acting Surveyor-General, described the Waitangi meetings in his journal. Mathew noted that among the chiefs were ‘many female chiefs of importance, who were distinguished by white feathers in their hair and ears, sometimes by the entire wing of a bird suspended from the ear.'