Polynesian people stepped onto these shores some 800–1,000 years ago. Over the following centuries, this country was a place of independent tribal groups who looked after their own territories and lived close to the land, physically and spiritually.

hapūsub-tribeMāori | Noun, each led by their own rangatira

Ngā taonga nō te whenua, me hoki anō ki te whenua.
What is gifted from the land should be returned to the land.

Over 235 years ago, new people began to arrive voyagers from Britain and Europe. They became known generally as Pākehā.

The people of the land, the tangata whenua, became known as Māori.

Māori were interested in the goods and skills Pākehā had to offer. From about 1805, a few Māori began incorporating European skills and materials into their lives.

However, for many decades, Māori ways of life, values, and customs were almost unchanged by contact with Europe and Britain. Visitors from across the ocean entered the Māori world at their own risk.

Māori lived communally, with members of the village working together on day-to-day tasks. If visitors from another friendly iwi or hapū were expected, every effort was made to extend manākitanga

manākitangahospitalityMāori | noun. The hākari hākarifeastMāori | noun platform in this painting would later be piled high with food for an important gathering. 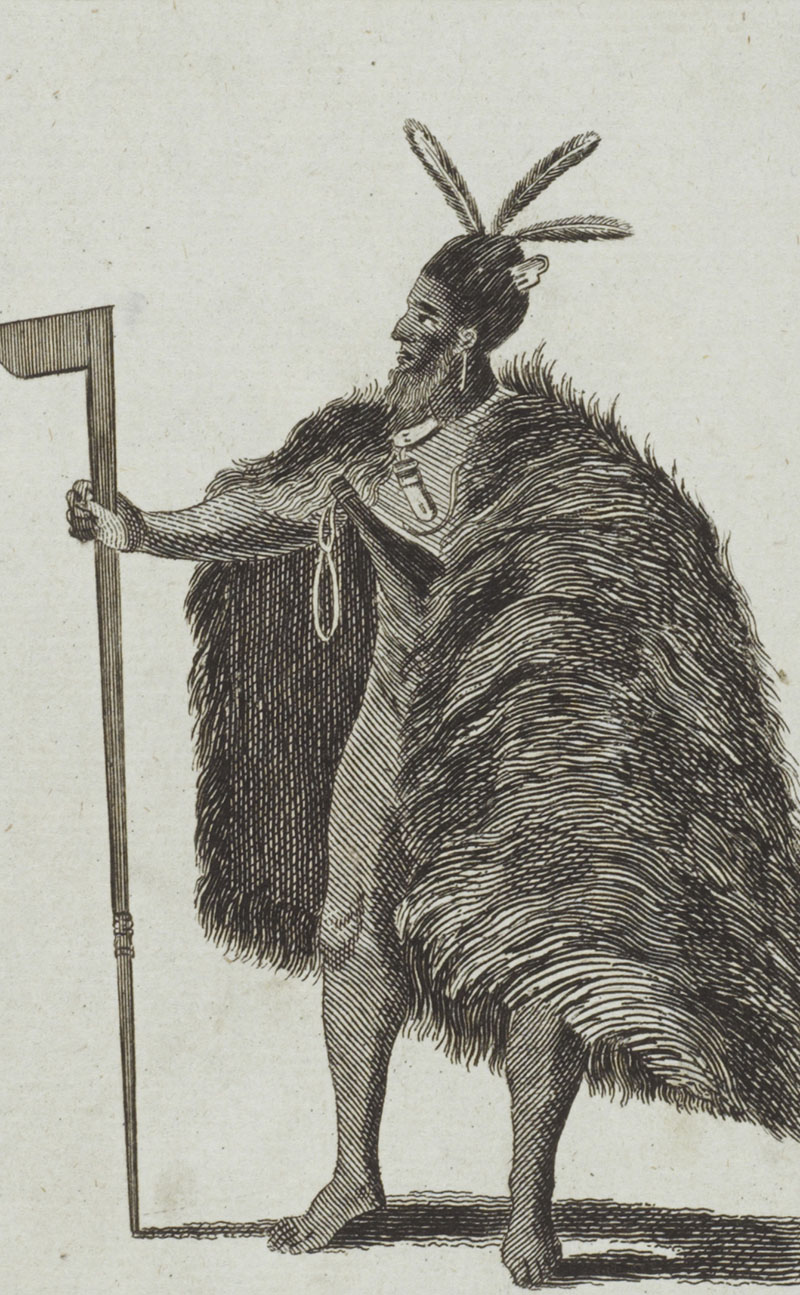 This warrior wears a dog-skin cloak and wields a tewhatewha, a long axe-shaped weapon. He has a mere, a short bladed weapon, in his belt.

The rhythm of life

Music – in movement and singing – was and continues to be a dynamic part of Māori life. Customarily, men and women perform different forms. 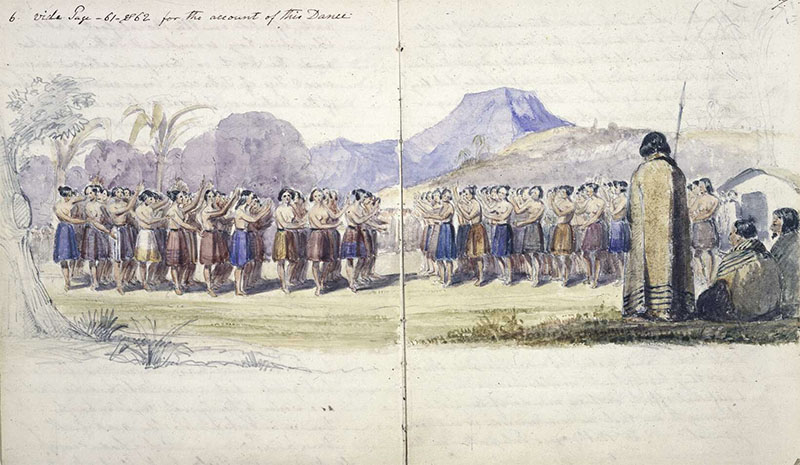 Māori named this country in detail. This didn’t stop Captain James Cook creating new place names on his three visits here between 1769 and 1777.