rangatirachiefsMāori | noun Hongi Hika and Waikato travelled to England with missionary Thomas Kendall. The three went to Cambridge to work with renowned linguist Professor Samuel Lee on Kendall’s book, A grammar and vocabulary of the language of New Zealand. While in England, the two rangatira were introduced to King George IV.

The book was published at the end of the year, laying the foundations for the way te reo Māori is written today. 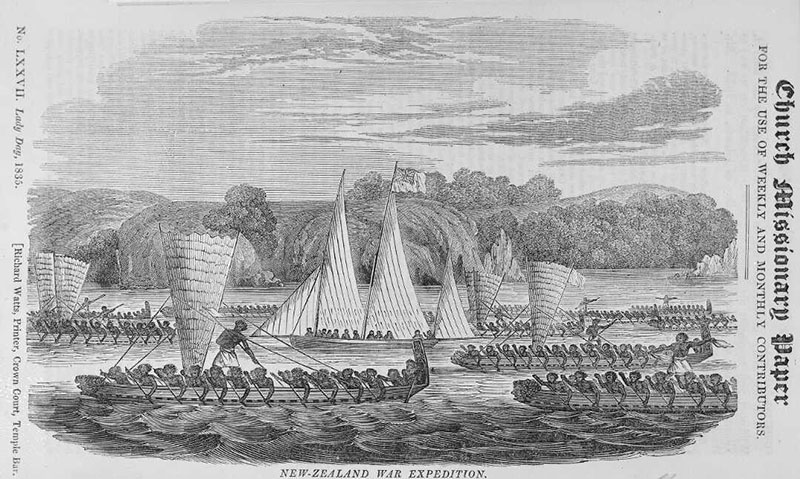 The missionaries encouraged peace, and sometimes sailed with waka taua

For nearly ten years, the Church Missionary Society’s Bay of Islands mission offered Māori training in new ways of gardening and farming, and worked on forming good relationships with local people. But this didn’t convert a single person to Christianity.

Henry Williams took over as the mission’s leader in 1823. He focused more on spiritual teaching, and demanded that mission members improve their Māori language skills and preach to local tribes.

Williams’s firm, unswerving character gained him respect in the surrounding areas, and he was soon sought after as a mediator. In 1830, the first conversions came.

Christianity on the map

Kororareka attracted both whaling and trading ships in the 1830s – with its rowdy shore life, it became known as ‘the hell-hole of the South Pacific’. 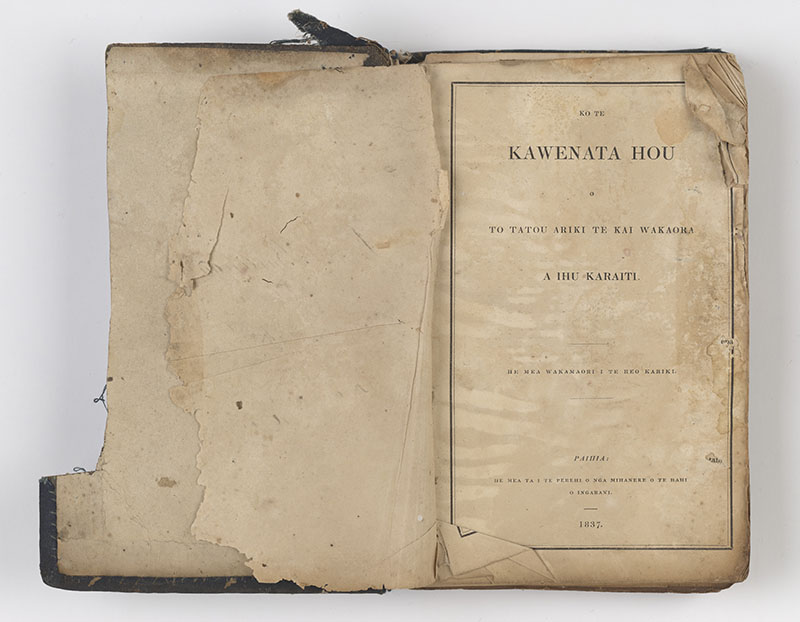 In 1834, the Church Missionary Society employed William Colenso to set up a printing press at the mission in the Bay of Islands. Colenso published Māori translations of biblical passages and, in 1837, a translation of the entire New Testament.

These first books in te reo Māori provided a vehicle for Māori to learn to read and write in their own language. The promise of literacy drew local Māori to Christianity in increasing numbers. By 1840, around 3,000 in the Bay of Islands area had been baptised.

Rawiri Taiwhanga was the first high-ranking Māori to convert to Christianity. He was baptised at Paihia on 7 February 1830. Taiwhanga ran a successful farm, and supplied butter to the Bay of Islands.